My photographer friend and neighbor Randy Moe just finished a huge and ridiculously awesome project: turning a large portion of his apartment into a giant darkroom.  Part mad-scientist, part photography historian and rescuer of film format equipment, he has amassed an enviable collection of cameras, enlargers, print washers, papers, and more film formats than I knew existed.  And because he’s awesome, he’s opened the doors to let me play.  It feels great to take a momentary break from digital photography to reconnect with its film roots every now and then.

This week we took a few hours to take and develop some photos of my dog.  With a process camera.  On X-ray film.  Yes, you read that correctly.  On X-ray film.  We used 8×10″ pieces of unexposed film typically used in X-ray machines for hospitals, but used it as regular camera film instead.  We loaded it into large format cartridges, took the photos, developed the film, and then used a contact printer to expose the paper and make direct 8×10″ prints.  Our first stab at it was rather successful: David Bowie the Dog sat still enough to take the photos, most of the photos were exposed properly, and they printed well.  We’ve got some tweaking to do since the contrast doesn’t seem quite right in the center of the photos; perhaps using an enlarger to make the prints and some filters to correct the contrast would do the trick.  We’ll have to find out when we go back into the lab for more experimenting…  *evil mad scientist laugh*

Here’s a quick breakdown of some of the steps: 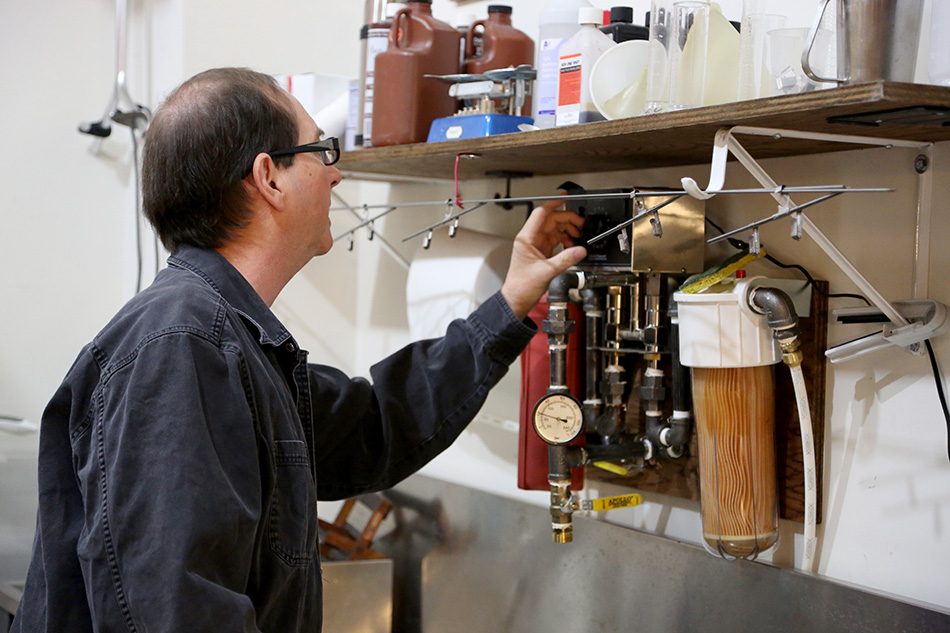 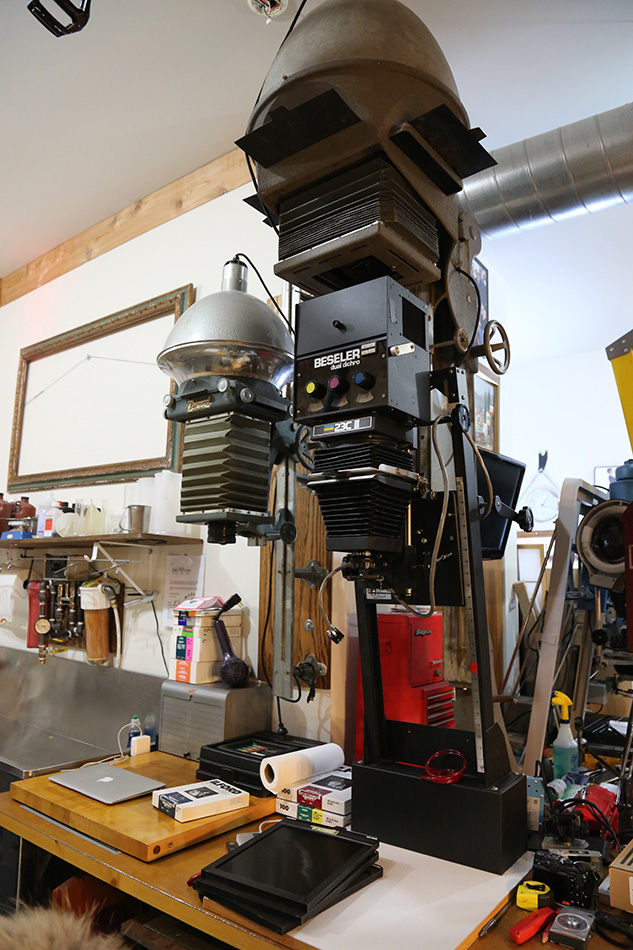 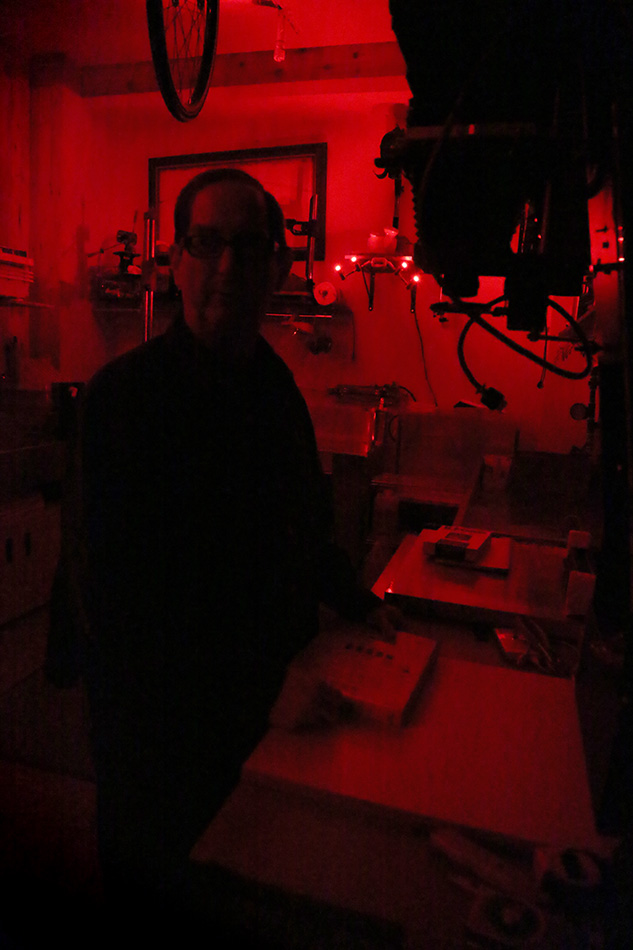 Step 4: put the dog on the table, focus the camera on the dog. 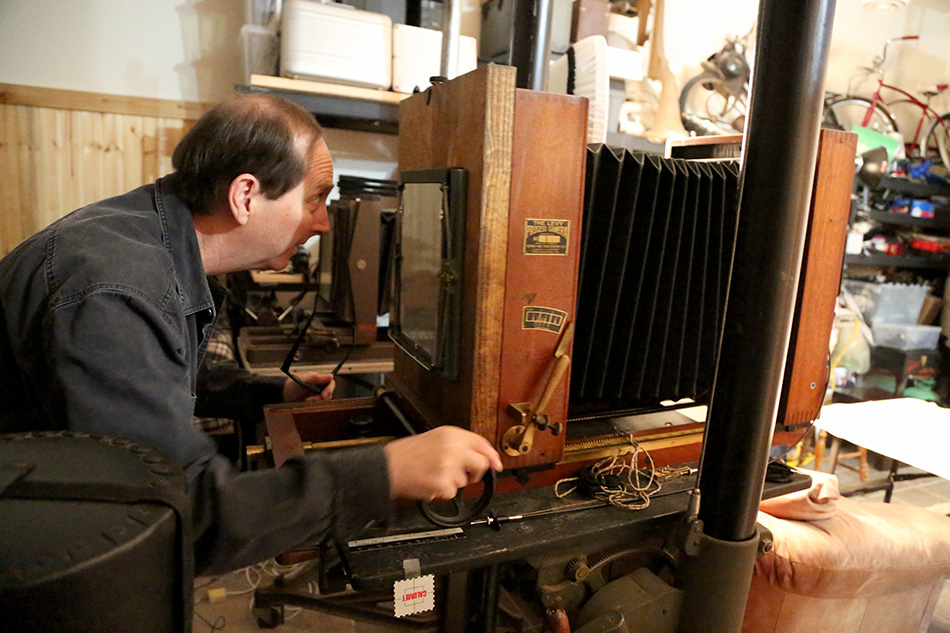 Step 5: set the aperture, connect the wireless strobe from a different century than the camera, hold doggie treat in front of lens, take photo of dog. 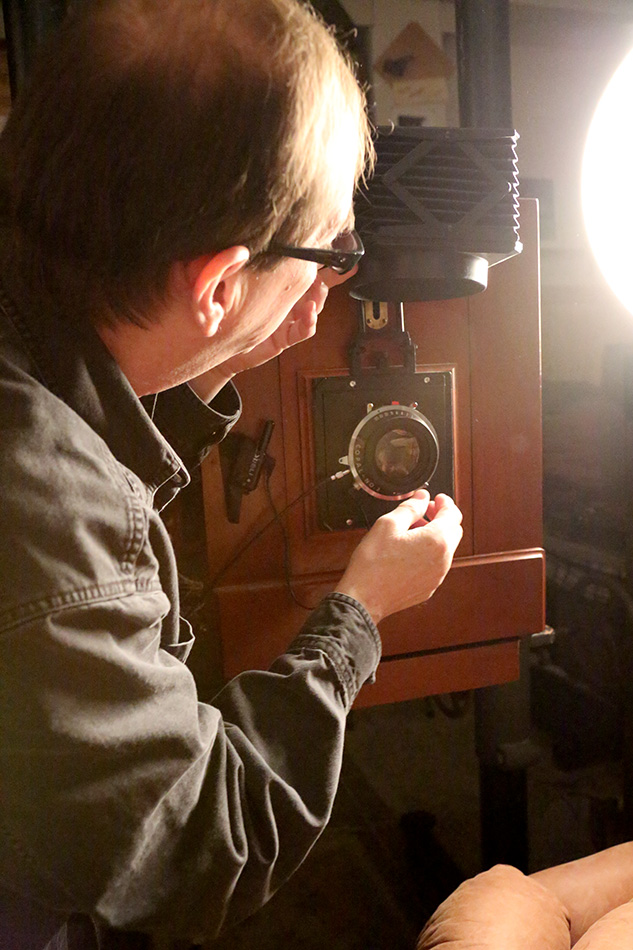 Step 6: develop negatives. Turn light back on during the rinse cycle to find dog in center of room asking for more treats. 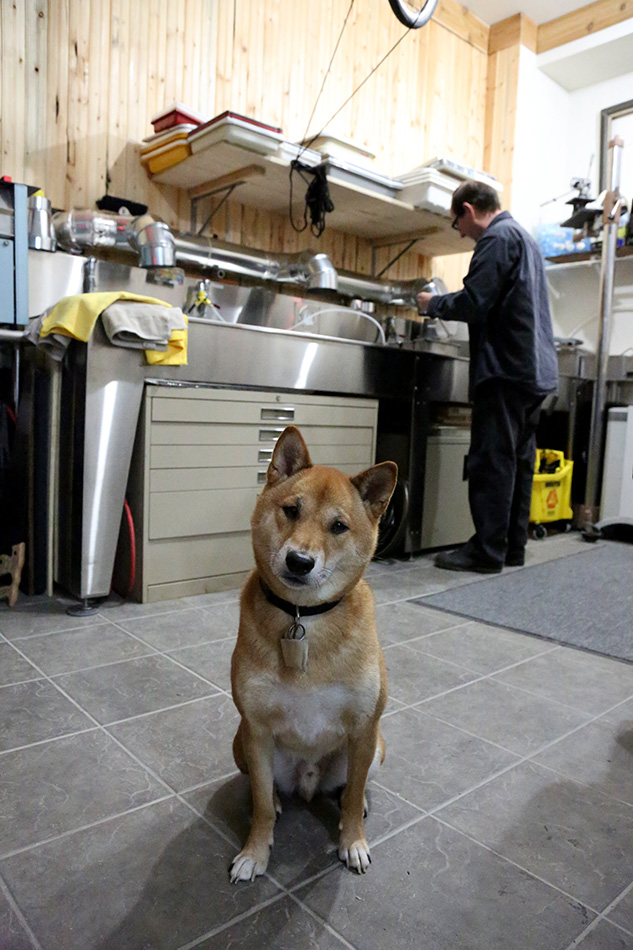 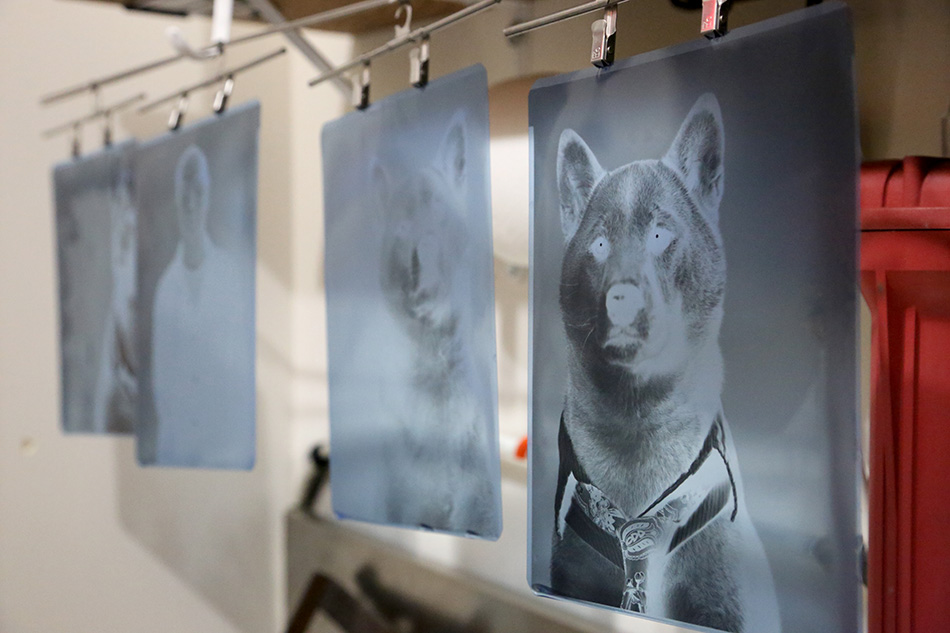 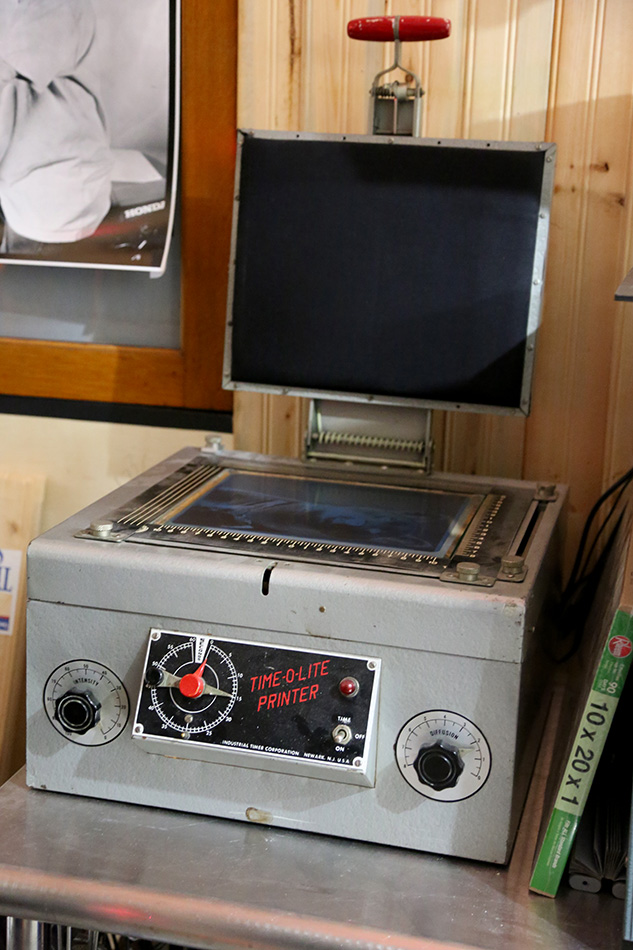 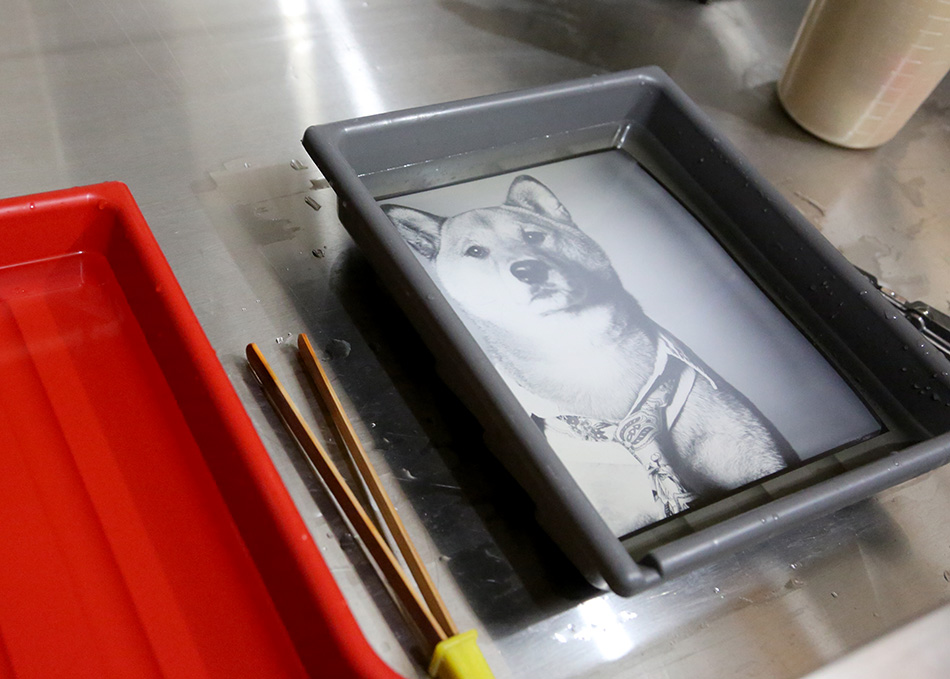 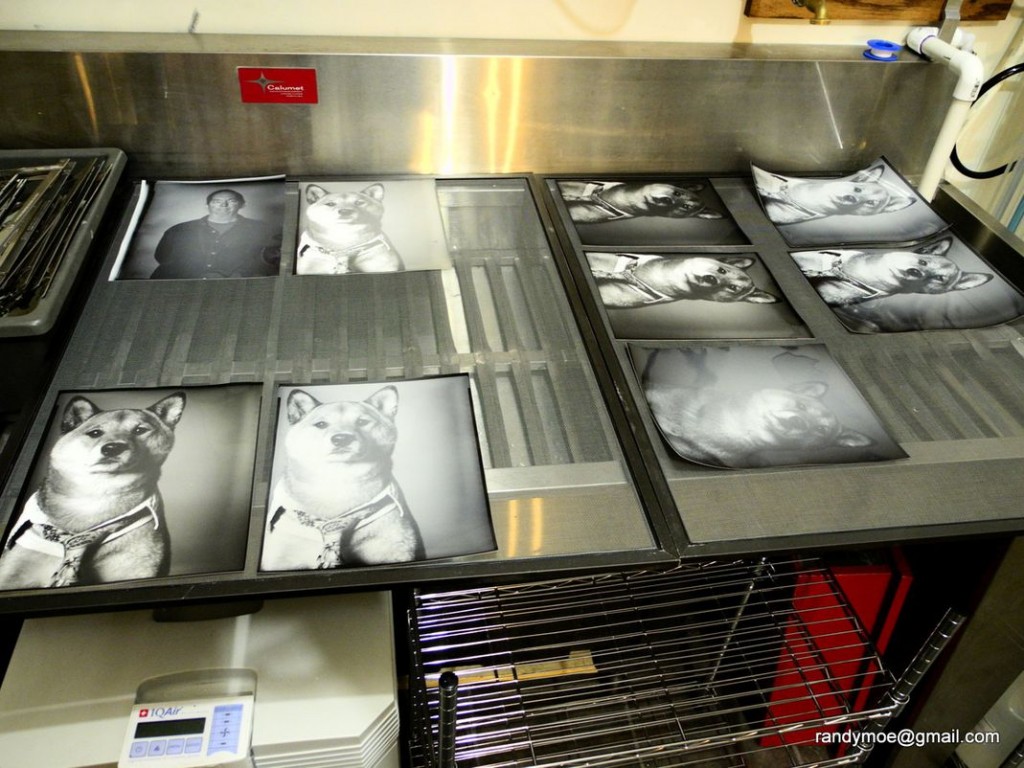