Are you in a comedy or a horror film? 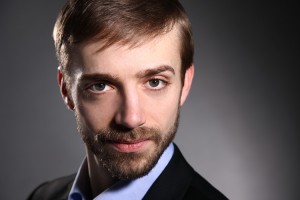 When I take someone’s headshot I like to take into account the quality of light that I’m using and how to use it to achieve the “ultimate headshot.”  (Which is not a technical term.  But it should be.)  Everyone’s face shape is different and I find myself moving my key light around and angling my subjects’ faces a lot during a session to find the most flattering angles and shadows as the light hits their features.

For example, when I’m not getting a pretty little catchlight in someone’s eyes it can make their eyes seem dull and lifeless.  So I’ll position the light around more to make sure it’s reflected in their eyes.  (This can especially happen when they smile and their eye lids hide part of their eyes.)  I’m not going to think, “oh well, I guess that person just doesn’t get a catchlight in their eyes.  Sucks for them.”  That would make me a lousy photographer.  And kind of a lousy human.  Instead, I’m going to move the light around and coach them into new poses that gets the desired effect.

We all deserve good photos of ourselves- it’s a basic human right.  (But don’t call the UN and ask about this; or if you do, don’t quote me on it.) 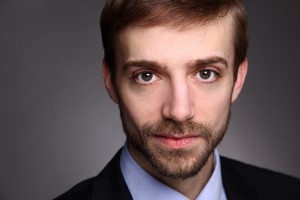 One of the most basic decisions made in any type of photography is harsh light or soft light.  Harsh light is usually unfiltered and creates a lot of shadows, while soft light is diffused and spreads everywhere- filling in all the shadows.  A sunny day vs. a cloudy day is a good example of this- on a cloudless day, the sun shines as a big spotlight onto everything and makes harsh shadows under trees and buildings, and allows for sundials to function properly.  While a cloudy day has fewer shadows around things because the clouds don’t block the sun’s light- but rather they diffuse it so it scatters everywhere.  That’s why cloudy days are actually better for outdoor portrait photography than sunny days- clouds are like nature’s softboxes.

An even better example, though, would be a comedy vs. a horror film.  In a horror film, the light is generally lower and lots of shadows are hiding parts of a room or obscuring parts of peoples’ faces, making them look evil or sinister.  While comedic films are generally really bright with soft light so you can see everything and know that nothing is lurking in the shadows.  So you feel safe enough to laugh and no one’s going to jump out of a shadow and stab you in the neck.

For a headshot, (yes, I’m going to relate this back to headshots- there’s a point, I swear) different qualities of light can portray different emotions or compliment different face shapes.  Harsher light can be used to show more depth in character by obscuring parts of the face or making the person’s expressions look more intense.  Softer light tends to fill in lines and shadows to smooth out the skin and can make people look more youthful and happy.  More shadows can also bring out a man’s features more and make him look more masculine by sculpting the cheekbones and jawlines more.  I tend to use more shadows with men who have rounder faces for example, because it adds a little more shape.  And I tend to use softer light for women who don’t want their wrinkles to show as much.