« Headshots for a funeral?

This weekend I took some family portraits on the Kinzie Street bridge for holiday greeting cards.  That bridge has seen a lot of photo action over the years with such a great view of the city and such awesome-looking steel beams with rivets the size of sugarplums.  And to take advantage of the architecture I brought along my fish-eye lens.  Photos that look like big round Christmas ornaments, anyone?  Yes! 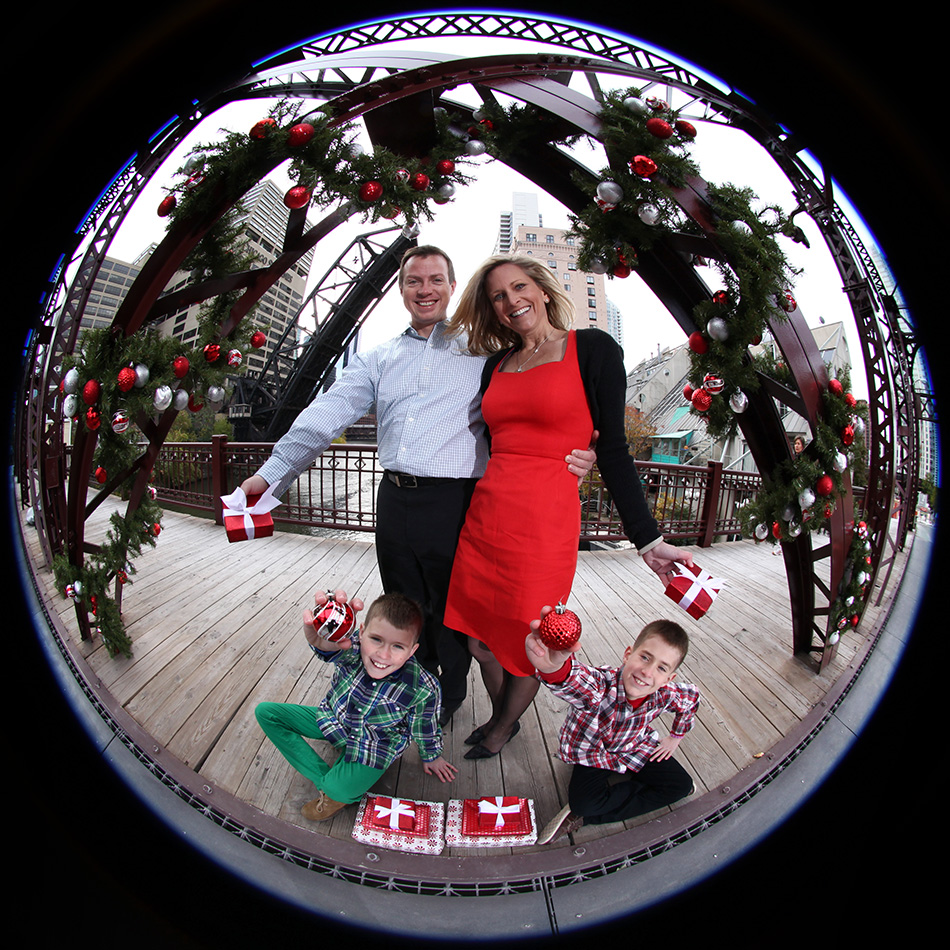 My awesome family subjects brought along about 18 feet of garland with ornaments to incorporate as props.  The hours of attaching all those ornaments by hand paid off- the holiday cheer just oozes off those branches and the reds and silvers pop right out of the images.

I considered dressing in bright orange so passersby would think we worked for the city and were decorating the bridge… so they wouldn’t call the cops.  Instead, we just went in there like a SWAT team.  Of ninjas.  We set up, took some photos, packed up, and were out of there within half an hour, which has to be a new record for holiday photos.  It was also still only about 40 degrees out and pretty windy so getting back into warm cars and drinking hot chocolate was also a great motivation for the morning… 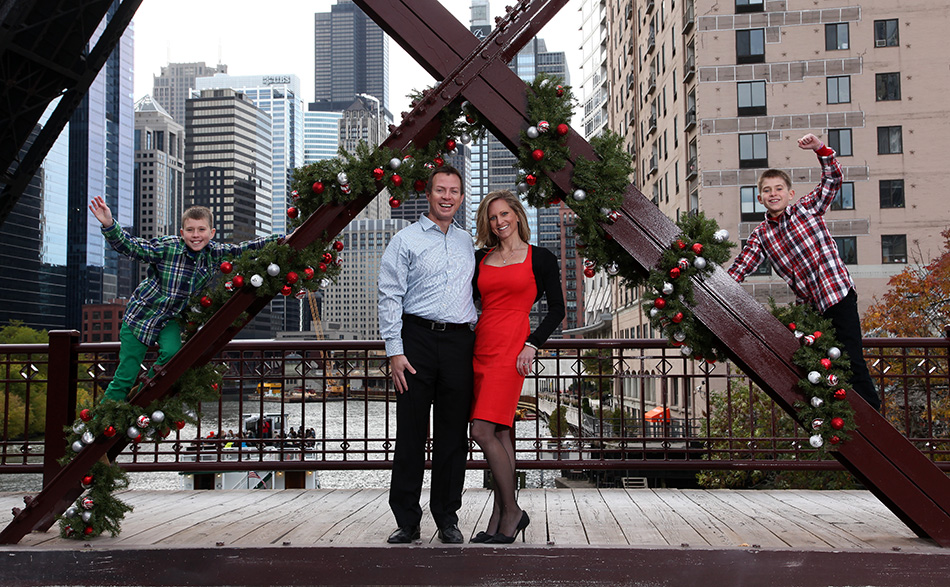 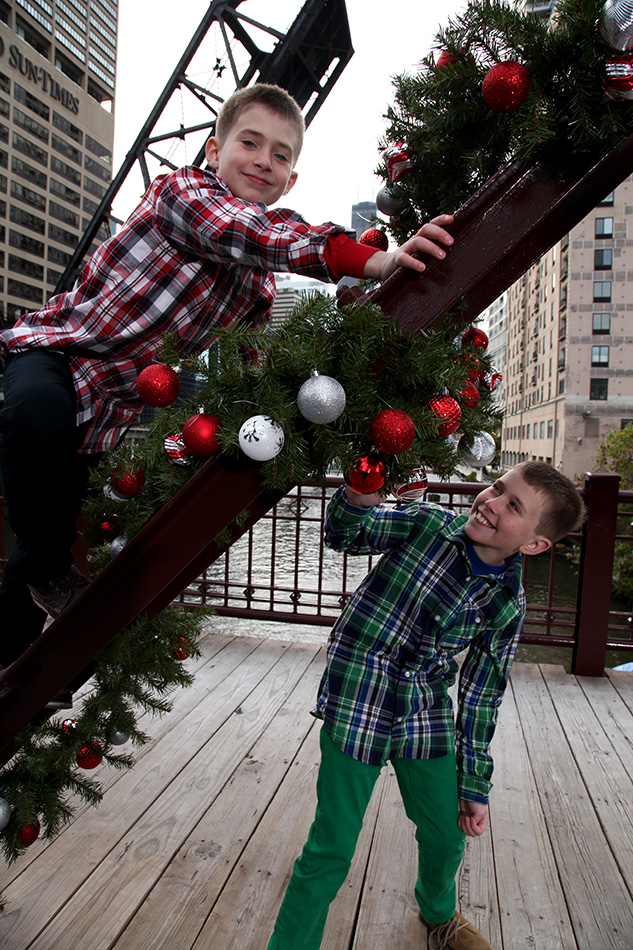 Tagged family photosholiday photosportraits
A day in the darkroom. With X-ray film. »