How to hide a (pregnant) belly in your headshot

If you’re updating your headshot while pregnant, you probably don’t want to showcase the fact that you’re pregnant in the photo… unless you want new connections on LinkedIn to still ask you when you’re due while your child starts grade school. 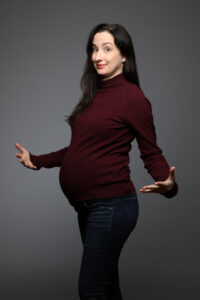 Here are some tips for getting a great headshot that can hide a pregnant belly without cropping the photo to just head and shoulders.  Also… these tips work for minimizing a non-pregnant belly too, FYI.

Let’s start by talking about what NOT to do.  It goes without saying, but try not to take a cue from how they hide baby bellies in sitcoms by hugging a pillow, hiding behind something ridiculous, or carrying a large tote bag in your headshot. 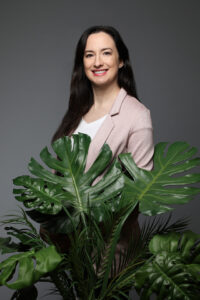 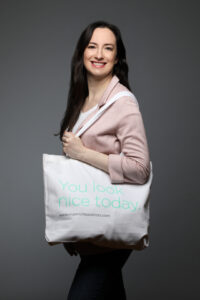 Did you know that wearing bulky clothing in a photo counts as hiding behind something ridiculous?  It might seem to be working at first glance because you don’t see much of a belly, until you realize you also don’t see much of a body at all and have basically become a giant sweater with a head on top. 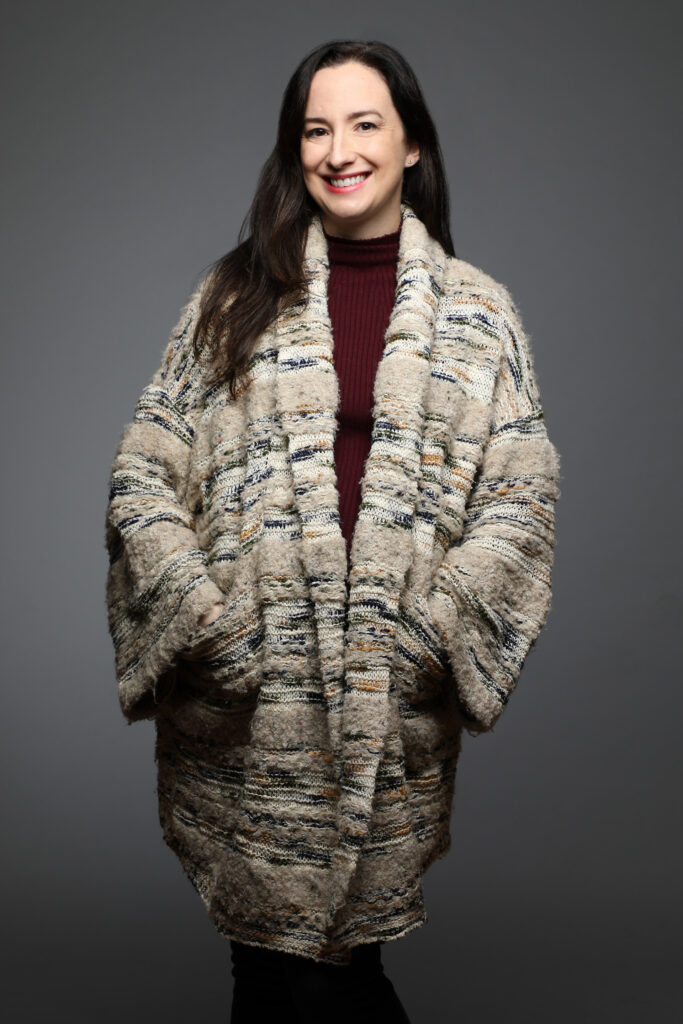 So what do you wear?  Fitted, layered clothing, like we recommend for everyone, but a longer blazer or cardigan that extends past the bump.  And choose darker instead of lighter colors, so the shadows of the dark clothing can help camouflage the bump.  Here’s an example of the same poses with lighter vs. darker clothing: 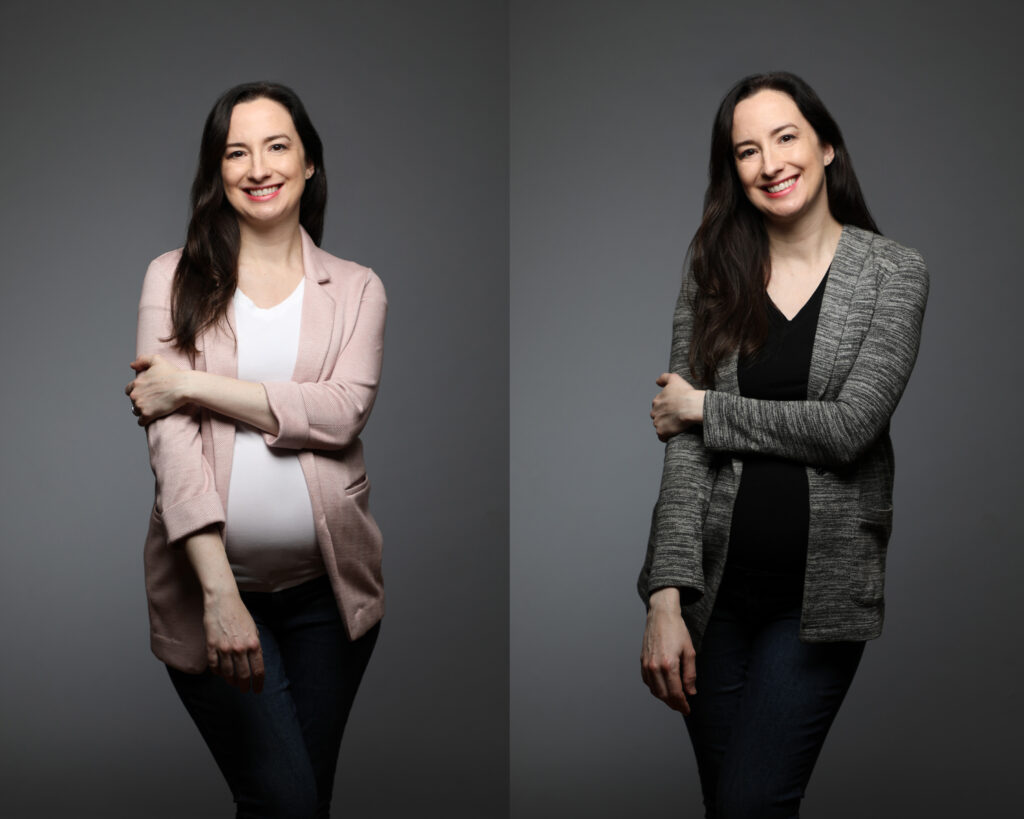 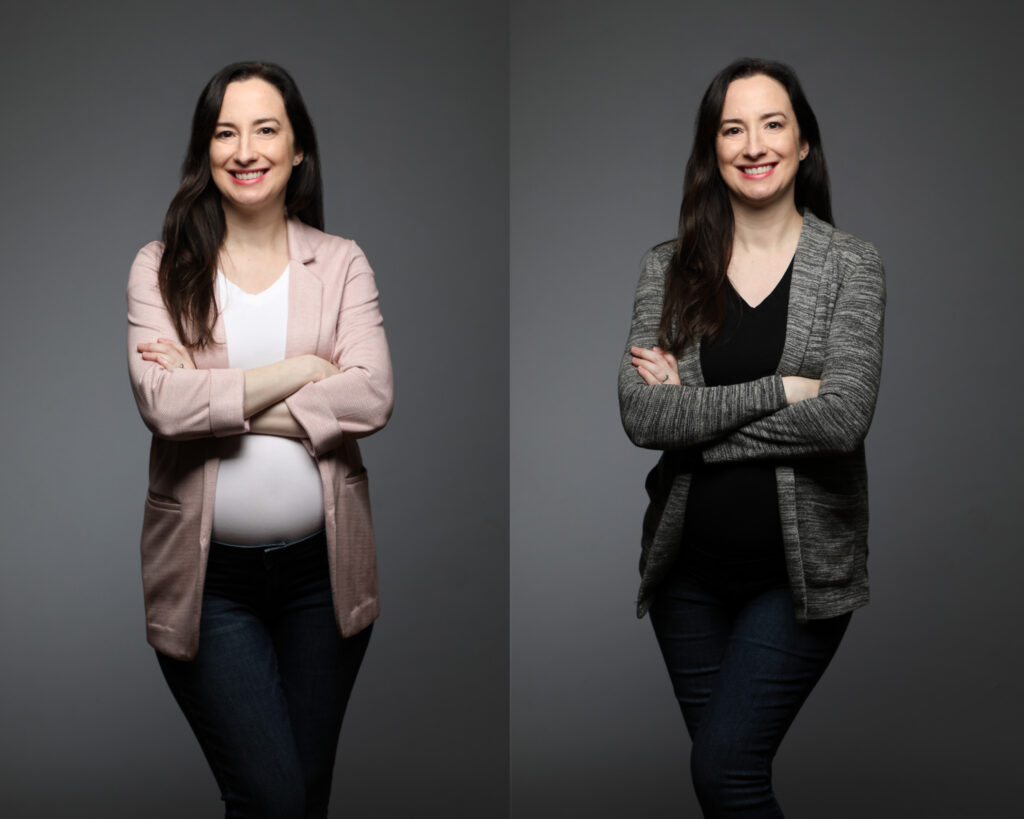 And now let’s talk about poses.  We spent a day workshopping good poses and it was actually pretty difficult to find one that tucked away the belly in a natural-looking way while standing.  And I’m seriously sucking it in here and pushing my butt straight backward so I couldn’t hold it for long. 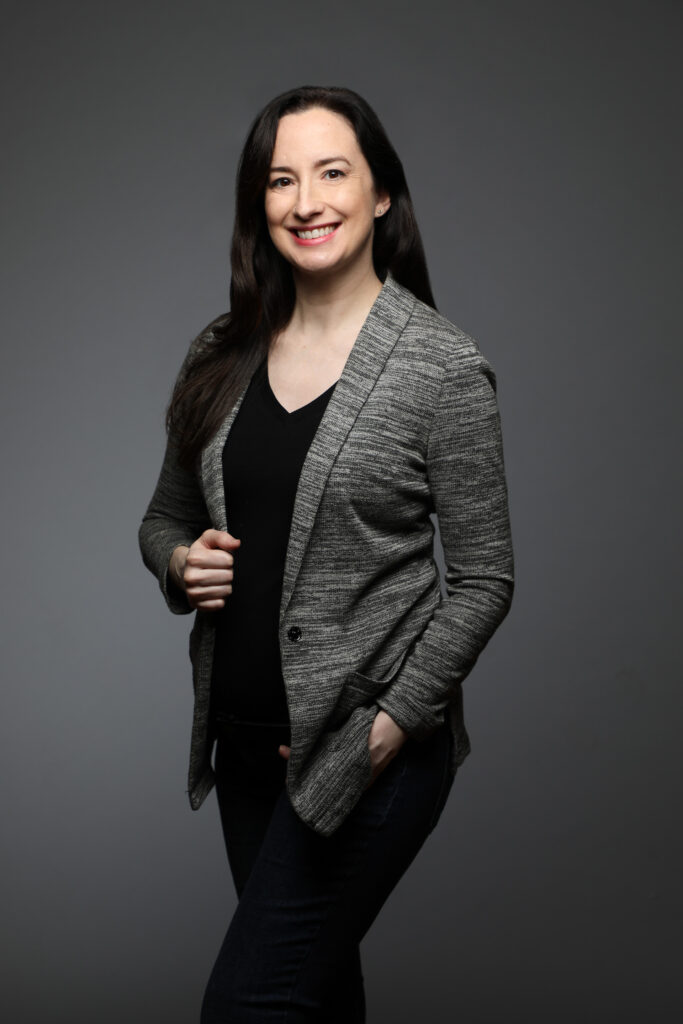 The majority of the poses that worked were definitely sitting poses, for two main reasons.  First, it’s physically easier to naturally tuck in a belly and push it further from the camera while you’re sitting instead of standing.  And second, sitting allows for placing clothing, arms, and legs into positions that draw the eye away from the belly and back to the subject’s face. 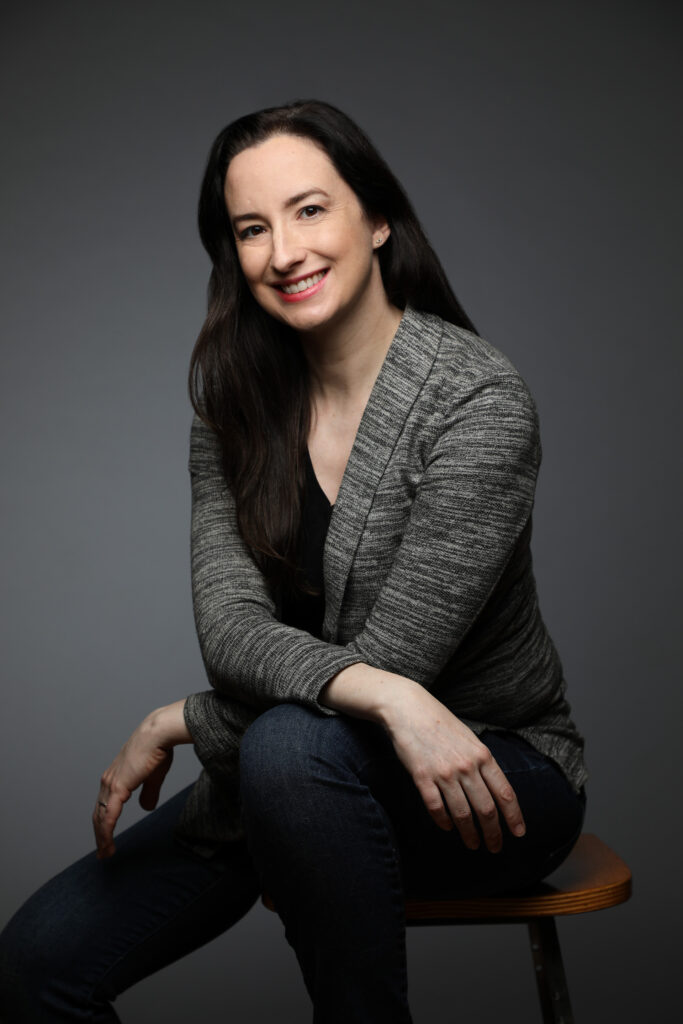 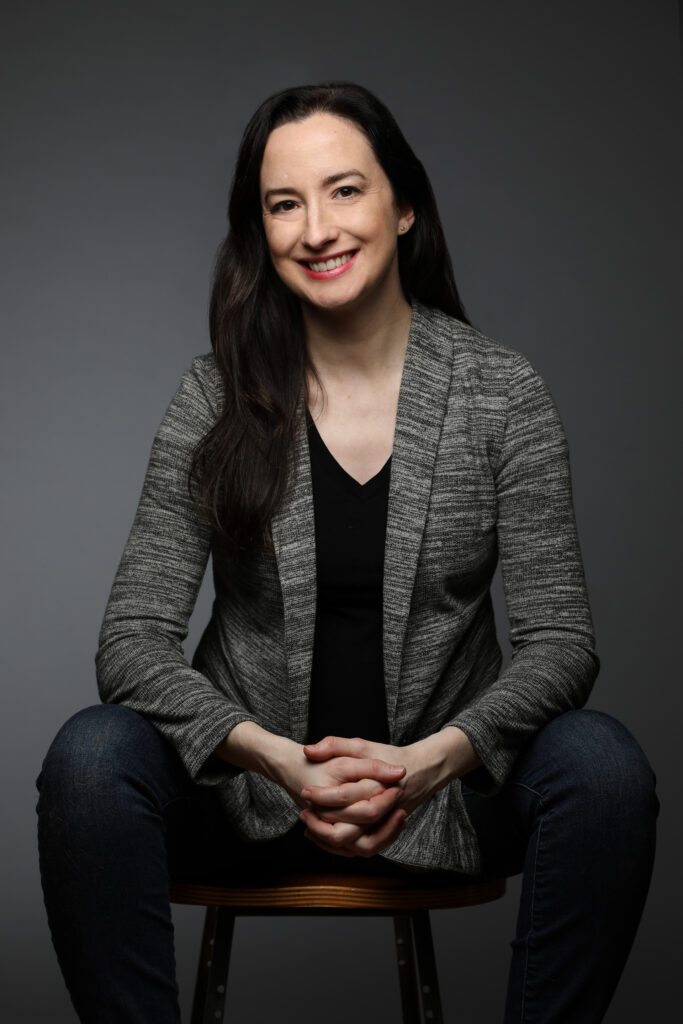 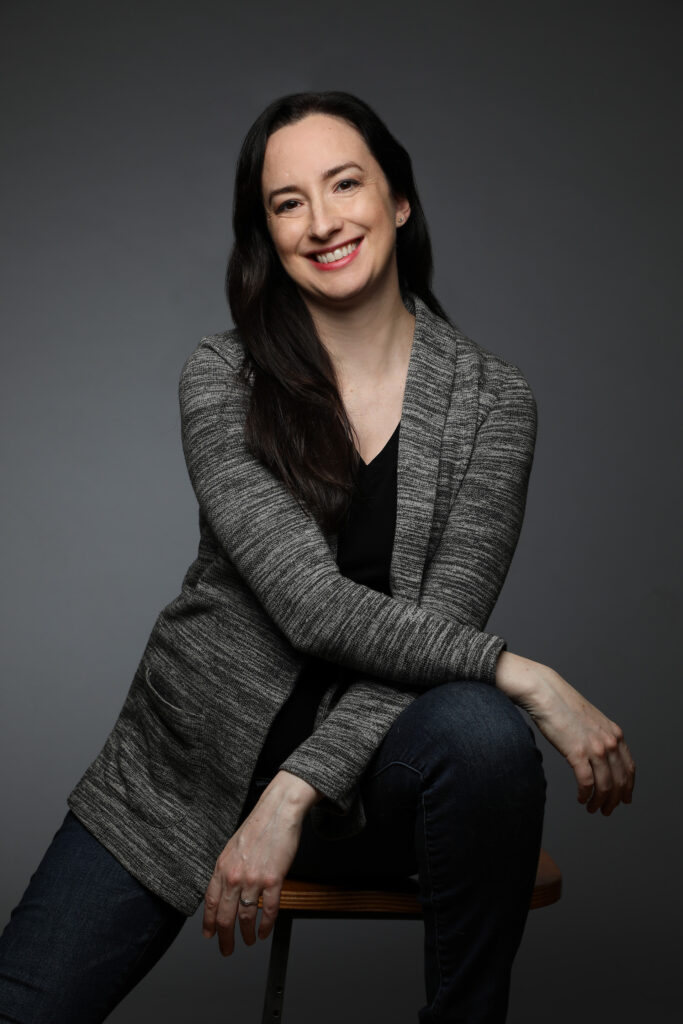 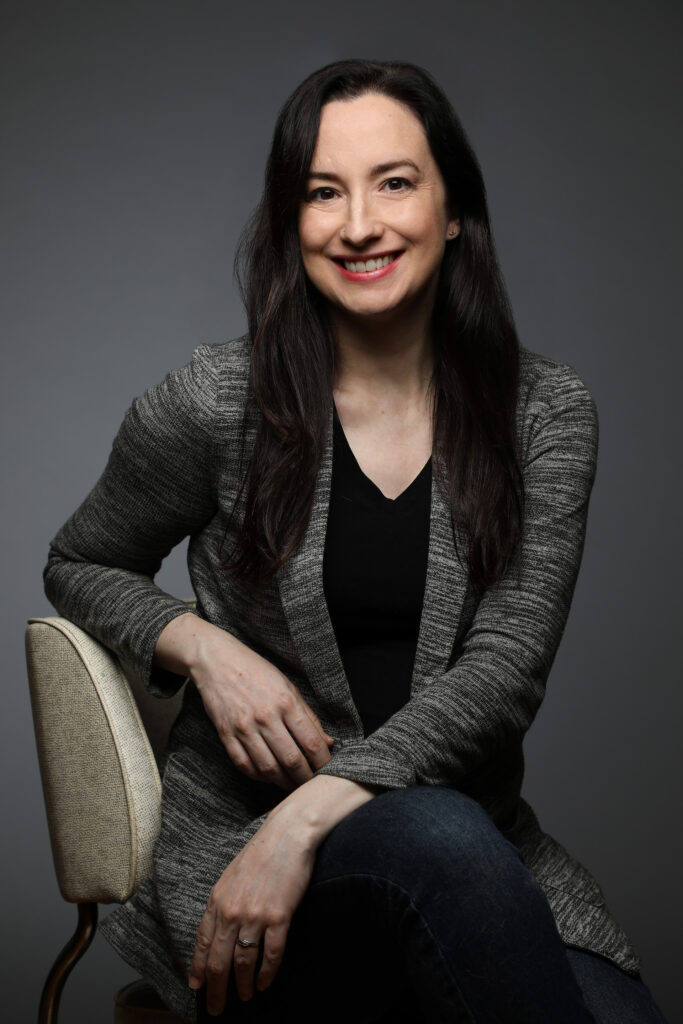 Aim to make diagonal lines with your arms and legs to give the effect of pinching in the midsection and forcing the eye to travel along the lines and away from the belly.  One pose that works really well is legs crossed and leaning on your crossed arms on top of your knees. 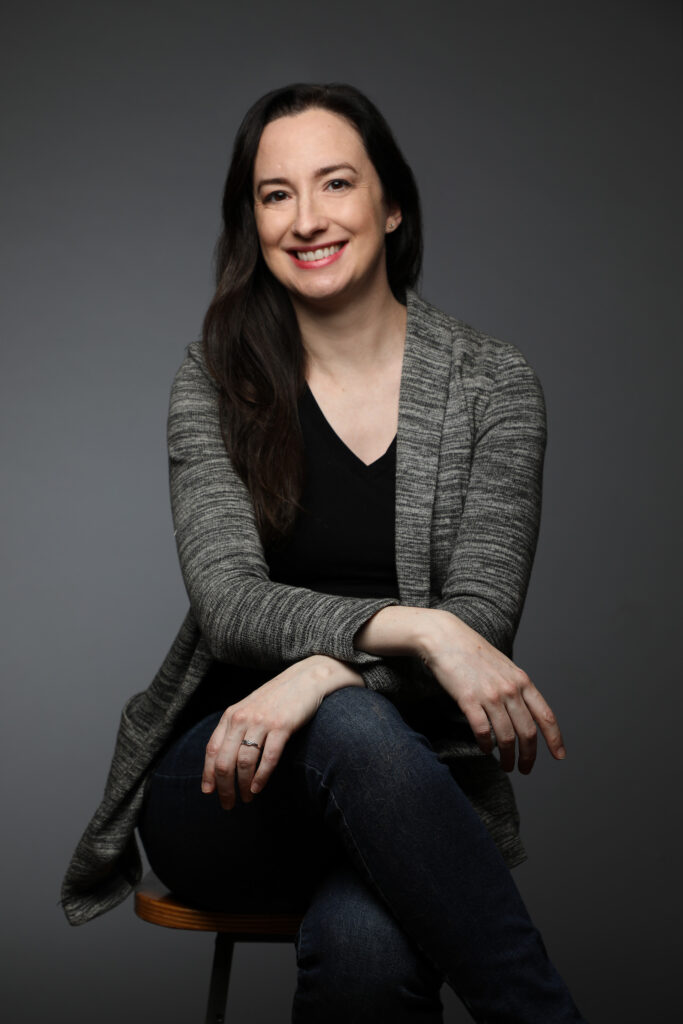 The drawback is that it was SUPER hard for me to cross my legs this far into a pregnancy.  So instead, place one leg on a box in front of you to get the same effect. 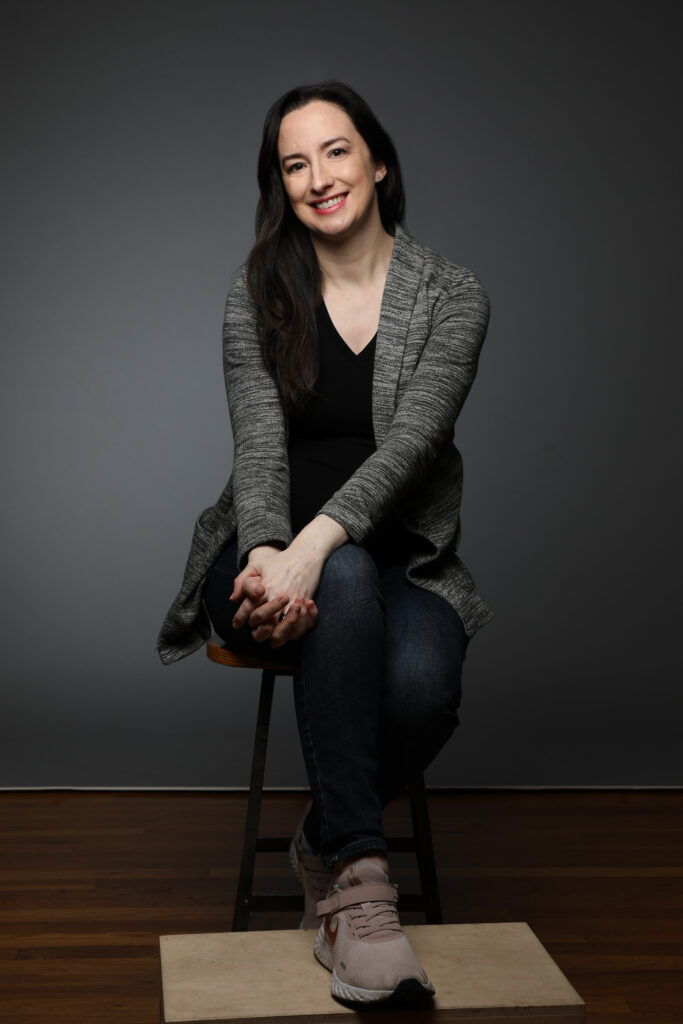 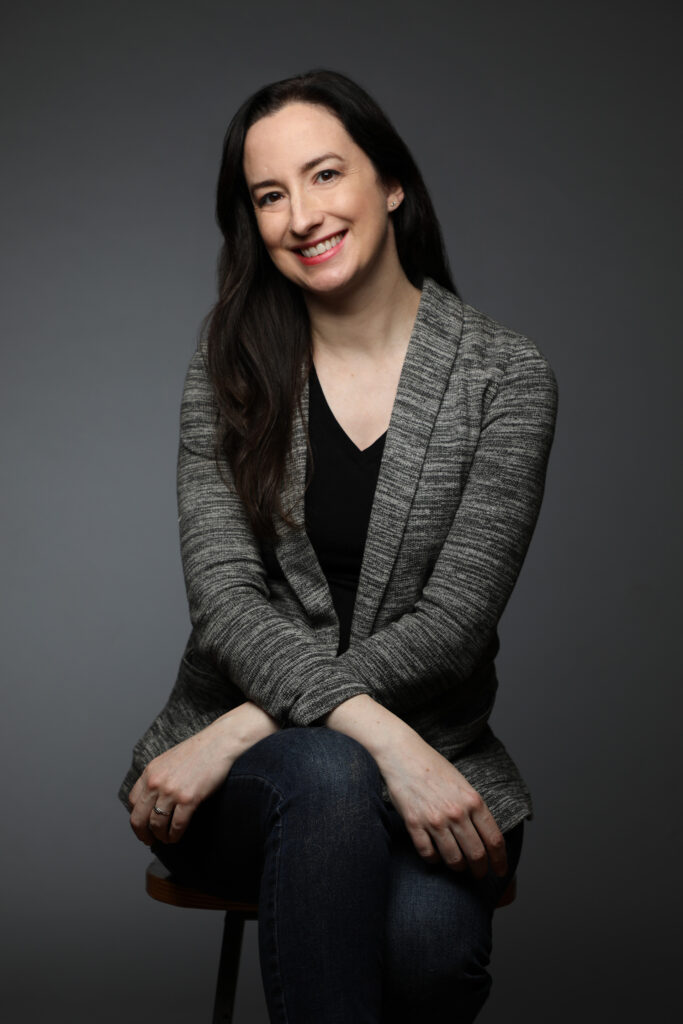 Turning to the side a little bit also helps to get a blazer to hang better without hugging the sides of the belly and revealing its shape, and using cleverly placed hands to cover enough of the belly to distract away from it. 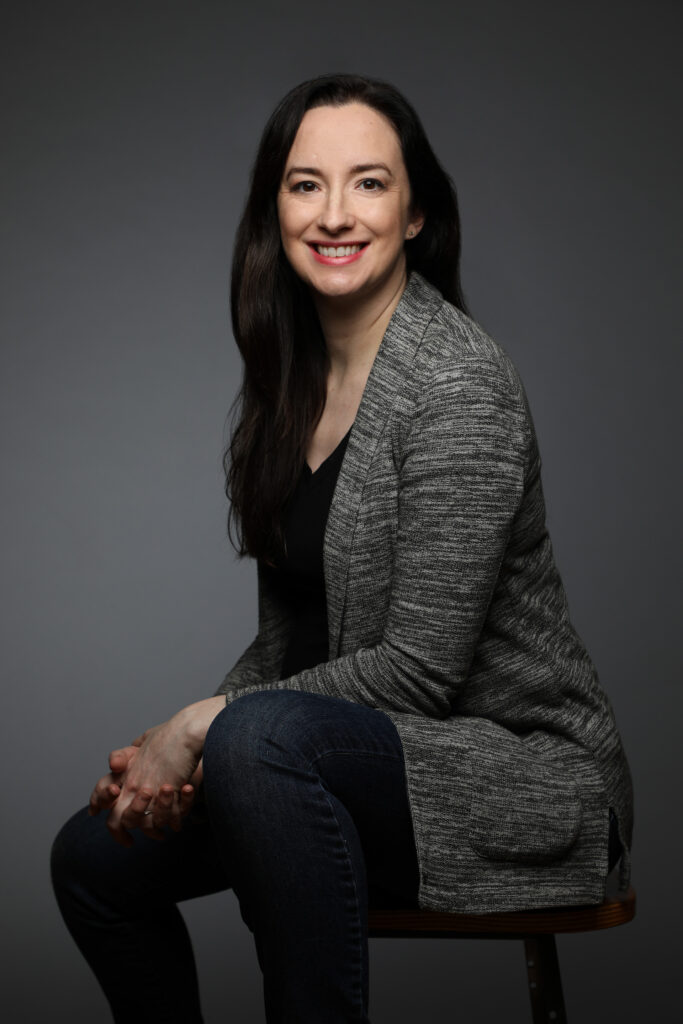 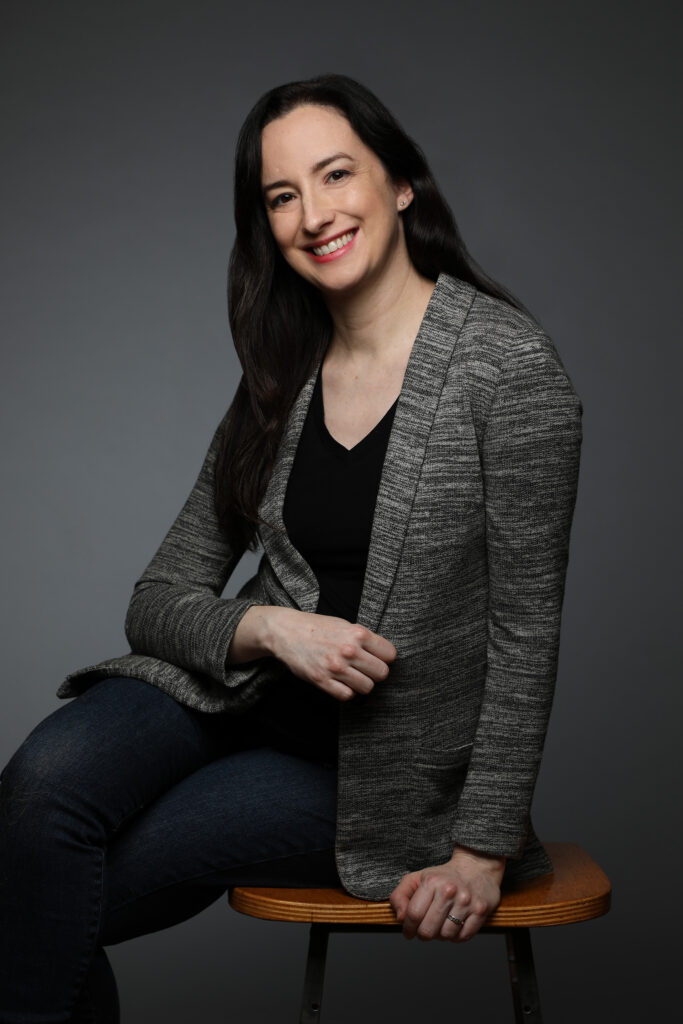 And it’s not cheating to just straight-up conceal your lower half by straddling the back of a chair, or leaning on a table top; as long as it makes sense for the portrait in general. 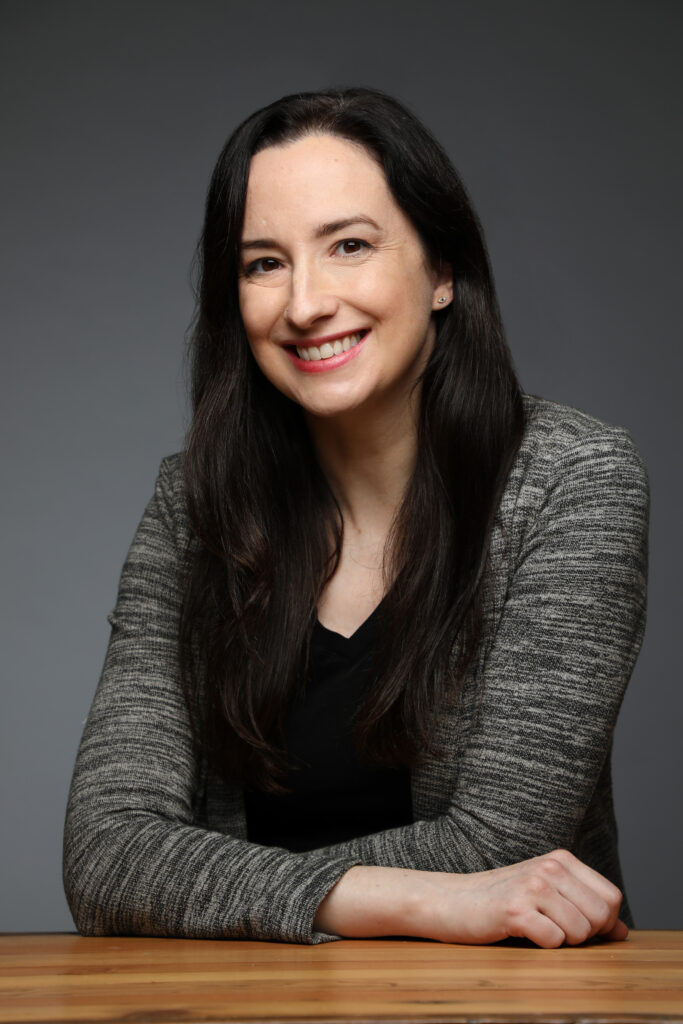 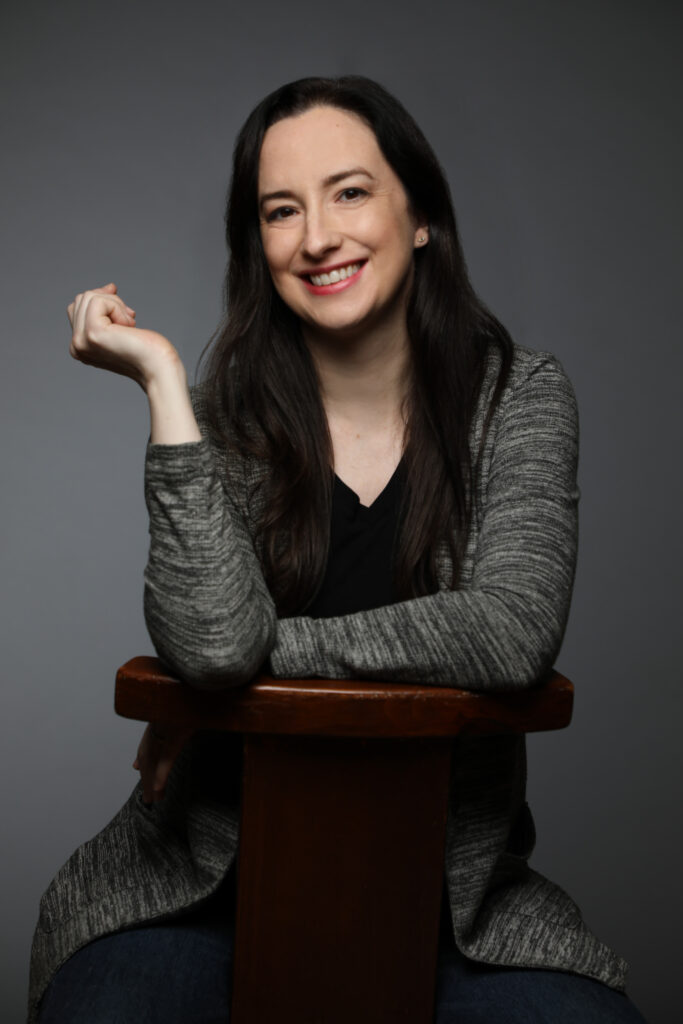