How does a small business owner take maternity leave? 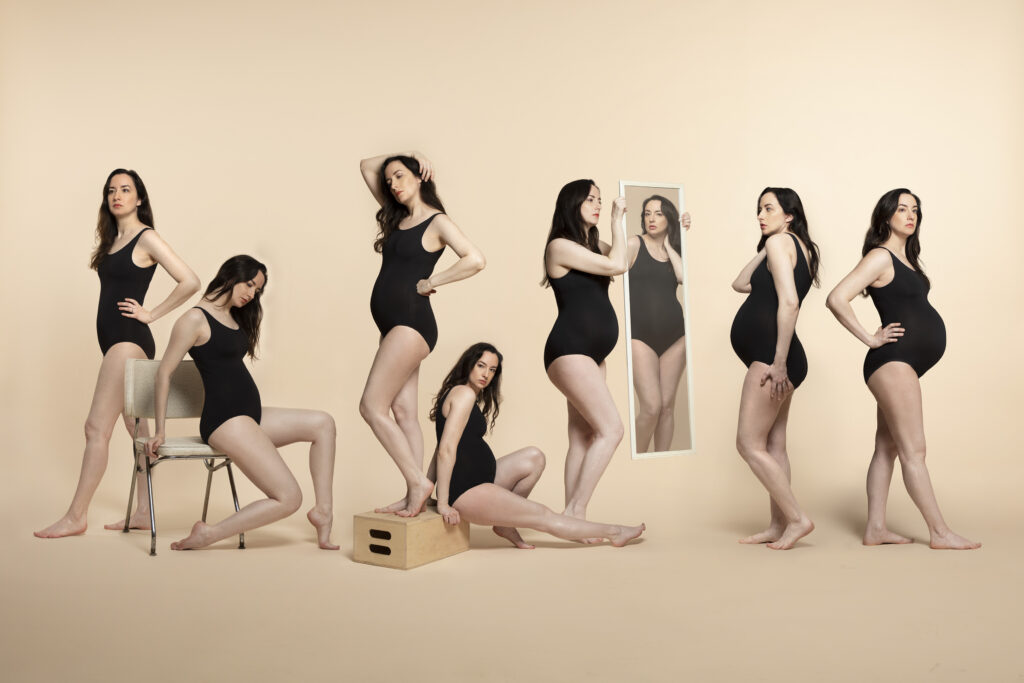 But she wins an award for the shortest blog post ever, right?

Maternity leave looks different for everyone, especially the self-employed and small business owners.  And for us, prepping for maternity leave feels like the plan is to:

The studio’s amazing team and I have spent the last 9 months prepping for and creating a version of maternity leave for me, and here’s the plan…  I’ll be inaccessible to clients for about 3 months, starting this week.  I’ve created backend systems to hand off the important stuff to others.  I’ve created methods for executive decisions to be made while I’m not reachable.  I’ve made an internal system that everyone at the studio can use to communicate with me for non-urgent needs, and a rough plan for weekly calls with the Operations Manager whenever I’m focused enough to start those.  And for urgent needs… well… a group text thread that I’ll hopefully not have to look at while I’m in labor.  My doula already said she’ll smack the phone from my hand while I’m in the hospital.  (She knows me too well and hasn’t even seen me naked yet.) 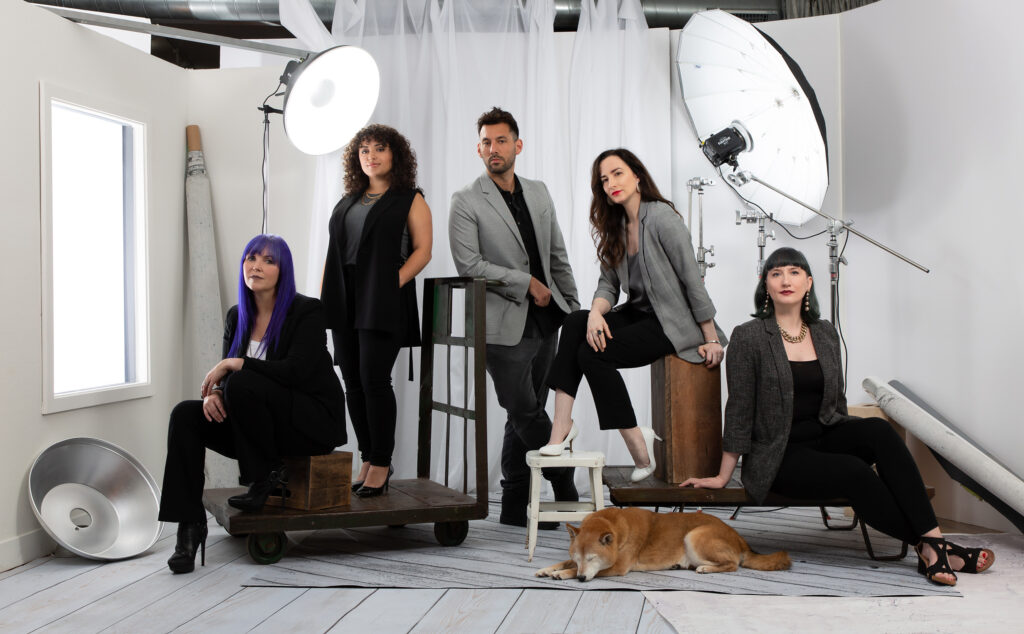 It’s no secret that the United States has a leave problem.  If you watched Ky Dickens’s 2016 film Zero Weeks you saw first-hand accounts of the grim statistic that only about 14% of private sector employees qualify for paid family leave through their employer, even with the FMLA.  If it’s that hard for full-time employed people to get paid leave, what’s it like for self-employed workers?

Gallup and Quickbooks put together a 2019 Gig Economy and Self-Employment Report, which found that in 2019 up to 28% of workers were self-employed.  That’s 44 million people.  54% of them also have jobs as traditional employees, likely because one of their 2+ jobs don’t make them enough money, so they supplement it.  29 million of these folks who are self-employed AND have an employer aren’t provided health insurance through that employer.

This definitely sums up the experiences of just about all the photographers I know: they make their money when they’re working, pay for their own health insurance, and don’t get paid if they’re not working.  Such as when they’re on leave.

When my husband and I decided to start a family my first thought was, “what’s going to happen to my business if I get pregnant and have a baby?”  When we grappled with unexplained infertility for 4 years, including a year of IVF, it was his having a full-time job with great health insurance that kept us from wiping out our savings at the IVF clinic.  If we were both self-employed at the time (as a graphic designer he’s had jobs where he’s employed and jobs where he’s self-employed), we wouldn’t have been able to go to the lengths we went to in order to get pregnant.  After a layoff and changing jobs right before our third and final embryo transfer, our new insurance wasn’t going to cover another round of IVF since his new employer was based in a state that didn’t have mandatory infertility coverage.

Luckily our final embryo transfer worked in the last week of health insurance that covered IVF, and we’ve spent the past nine months healing from the trauma of infertility treatments with so much support and love from everyone around us, and excitedly preparing for the birth of our son.

You can see personal photos I’ve been taking to document the process here. 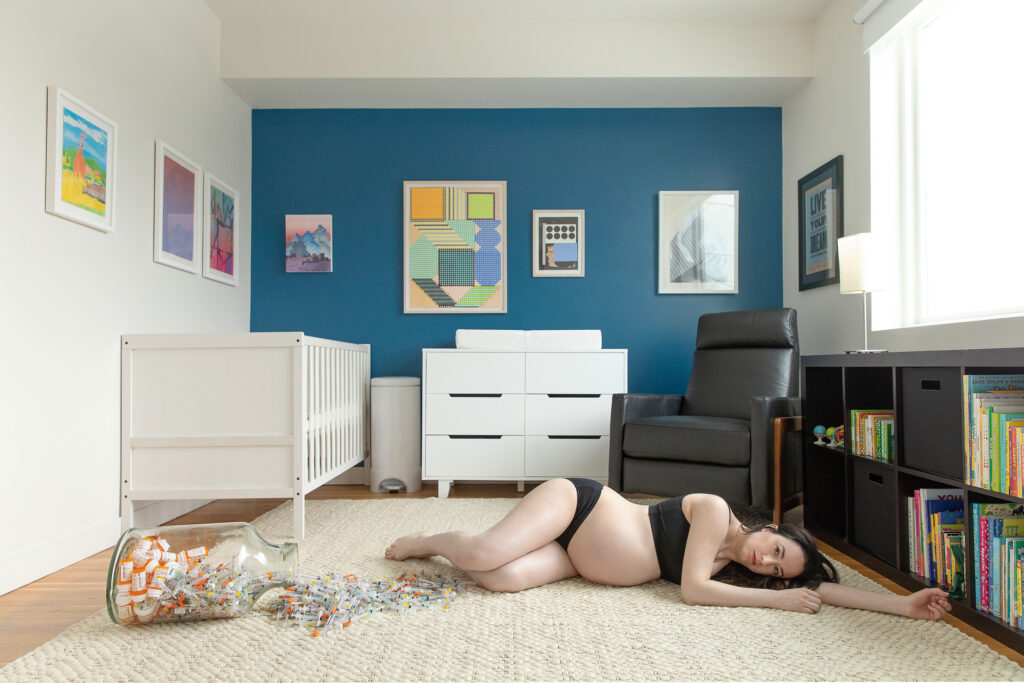 But somewhere around week 10, when I was finally able to keep my head out of the toilet long enough to form a concise sentence, I had the thought again: “for real though: what’s going to happen to my business?”

OUR STUDIO AND THE PANDEMIC

Our photo studio survived the pandemic and bounced back with a little strategy and a lot of luck.  We were first closed by order of the state as a “non-essential business” for over 2 months in early 2020, and then had sluggish sales for the rest of the year as most of our clients didn’t want to leave the house (I mean, I don’t blame them—I didn’t go much of anywhere either since I was on immunosuppressants for part of IVF and there was a deadly virus going around).  Since I’m technically the only W2 employee of my S-corp, I was able to get unemployment benefits, which paid for my basic living expenses.  The business had saved up enough money for a down-payment on a new building for the studio, but that deal fell through because of the pandemic, so we now had that cash to pay the overhead for the year while we waited for sales to get back to a sustainable level.

My 1099 contractors weren’t as lucky with getting unemployment, since the system wasn’t set up for gig works to easily collect it.  Their paperwork was a nightmare, took months to sort out, some were denied, and others were later told to give back all or part of their unemployment checks.

Since my partner still had an income, we cut our home expenses as best we could and I stayed off my business’s payroll for a total of 18 months so the other photographers can shoot and earn their living, and the business could stay afloat.

In Fall of 2021 the studio was finally in a place where I could take a paycheck.  (YAY)  But working a very physical job while pregnant isn’t easy, and I had to take myself off nearly all shoots at the end of the year, which felt like going back to square one.  (BOO) 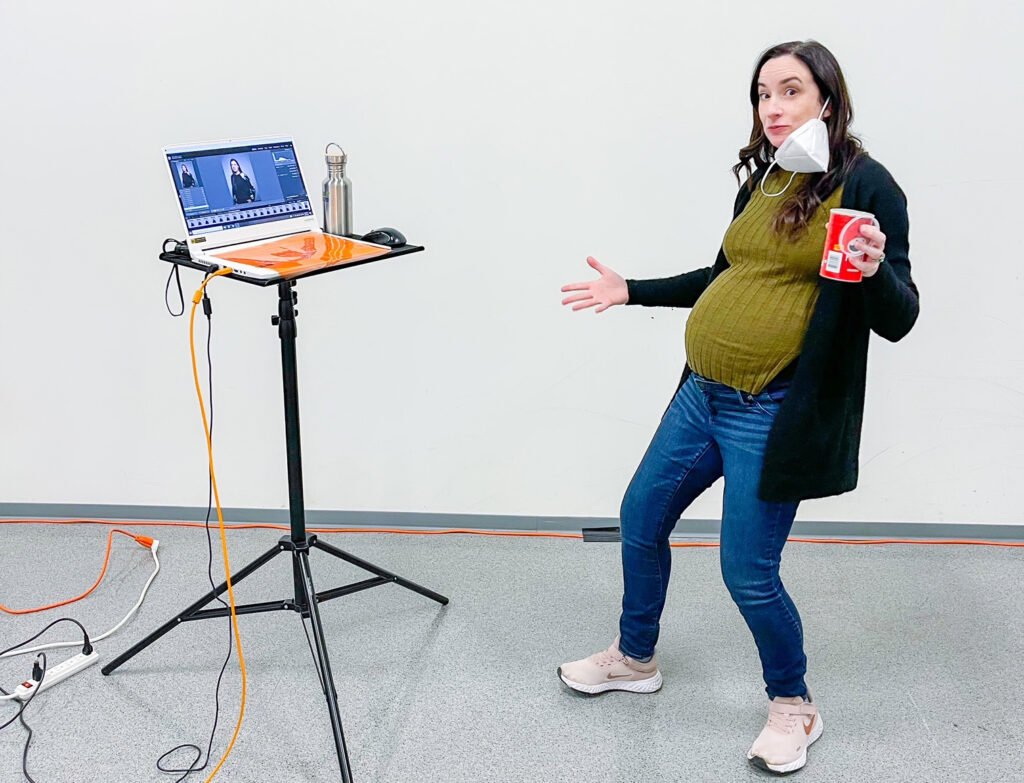 SO DO I GET PAID LEAVE?

The short answer: I won’t know until I do my 2022 taxes a year from now.  Photographers make more when they shoot more.  When I’m not shooting, I’m still working full time behind the scenes, along with the Operations Manager, running and maintaining the bones of the business: scheduling, sales/marketing, bookkeeping, equipment upkeep, yadda yadda.

So as a small business owner in a gig-based industry, my salary every year was already determined by how much money is left over after everyone else gets paid and all the bills are paid.  And the pandemic and a rough first trimester has taught me that the less I’m working behind the camera, the lower that number is.

Running a small business = not for the faint of heart.

SO IT’S BUSINESS AS USUAL?

Pretty much.  I’m expected to give birth within about the next two weeks, so wish me luck.  You’re in good hands while I’m gone.  And I have a feeling that being “gone” will be more like a scale.  Some days I’ll be 100% gone, some days I’ll be 0% gone, and I’m sure a lot of days will fall somewhere in between.