June is World Infertility Awareness Month, so it’s a good month to share that although my own personal struggle with infertility had a happy ending with the birth of our son this past January, the story started almost four years earlier.

I’ll spare you the minutiae of the epic saga, but in a 30-second Hollywood movie pitch: my husband and I were diagnosed with “unexplained infertility” and we went through six medicated IUIs, one round of IVF for an egg retrieval, one transfer cycle that ended in miscarriage, one transfer that didn’t take, and one that finally worked after two cancelled transfer cycles, two surgical procedures to remove uterine polyps caused by the IVF medication, and most of this was done during a pandemic so I had to go to all of the visits alone (including the surgeries and roughly 90 blood draws and transvaginal ultrasound wands). 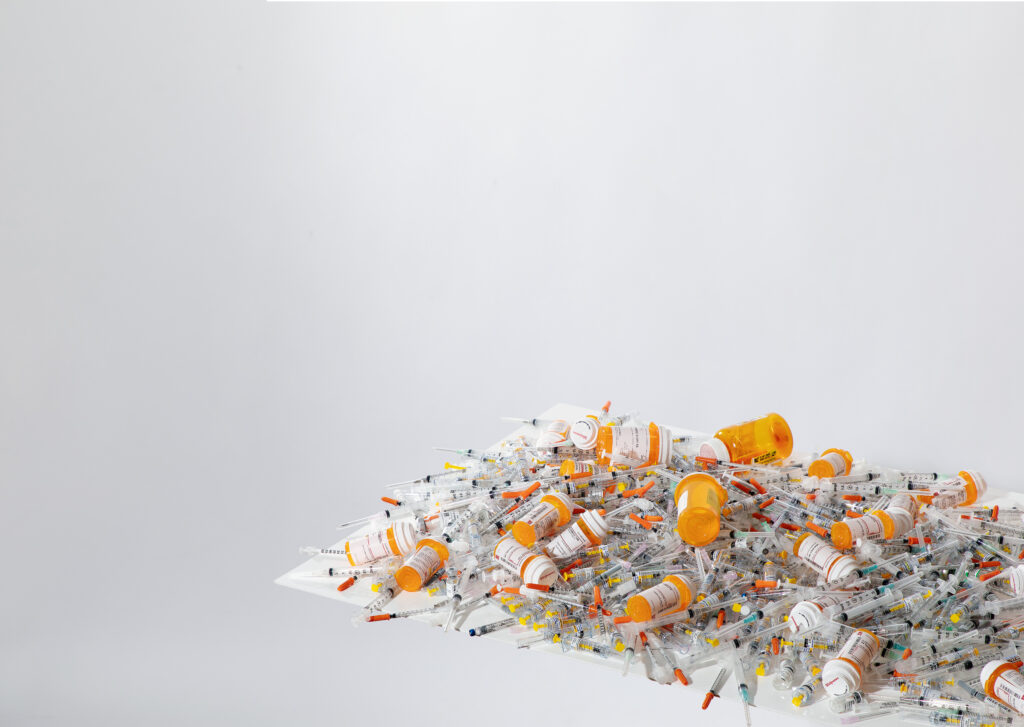 Saying it was “hard” is an understatement and saying I did it without help would be the biggest coverup since Watergate.  I believe increasing awareness and education about infertility is extremely important, because it took a few years of suffering in silence before I felt comfortable sharing it with others.  And it wasn’t until I opened up about it that I received a breathtaking amount of support, which gave me the strength to withstand the ordeal.

What helped me to open up?

Art therapy.  My therapist is also a certified Art Therapist, which if you haven’t heard of it (I hadn’t), is a counselor who uses artistic and creative mediums of expression in the therapeutic process.  When I started IVF, she suggested I use photography to create images to explore my feelings and to forge an outlet for the overwhelming emotions. 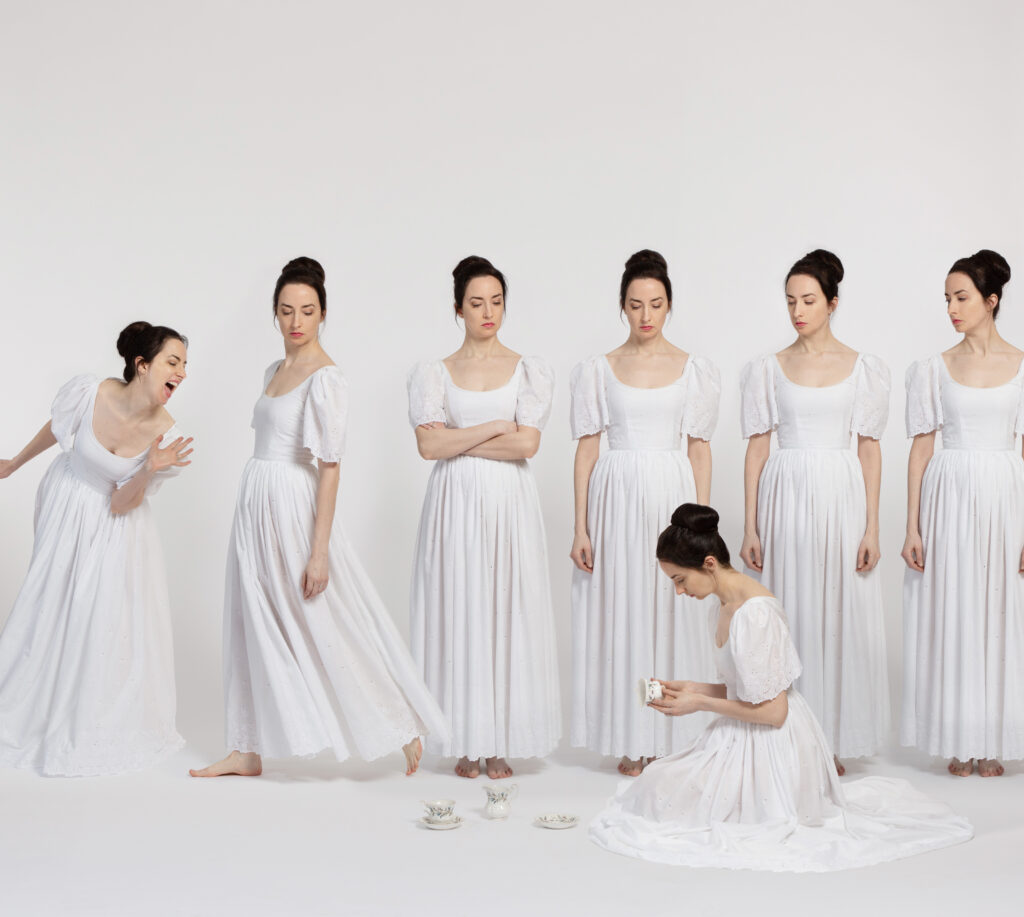 I started with some still life images of objects around my house, until I was comfortable enough to go to the studio and undertake some self-portraits.  I continued to document the process creatively, which you can see here, all the way through the postpartum period.  I was honored when the company Nyssa, which makes products and attire for postpartum and other milestones and phases in feminine care, was especially moved by my efforts to publicly express the postpartum journey and commissioned an image that exposes some of the emotions of the fourth trimester. 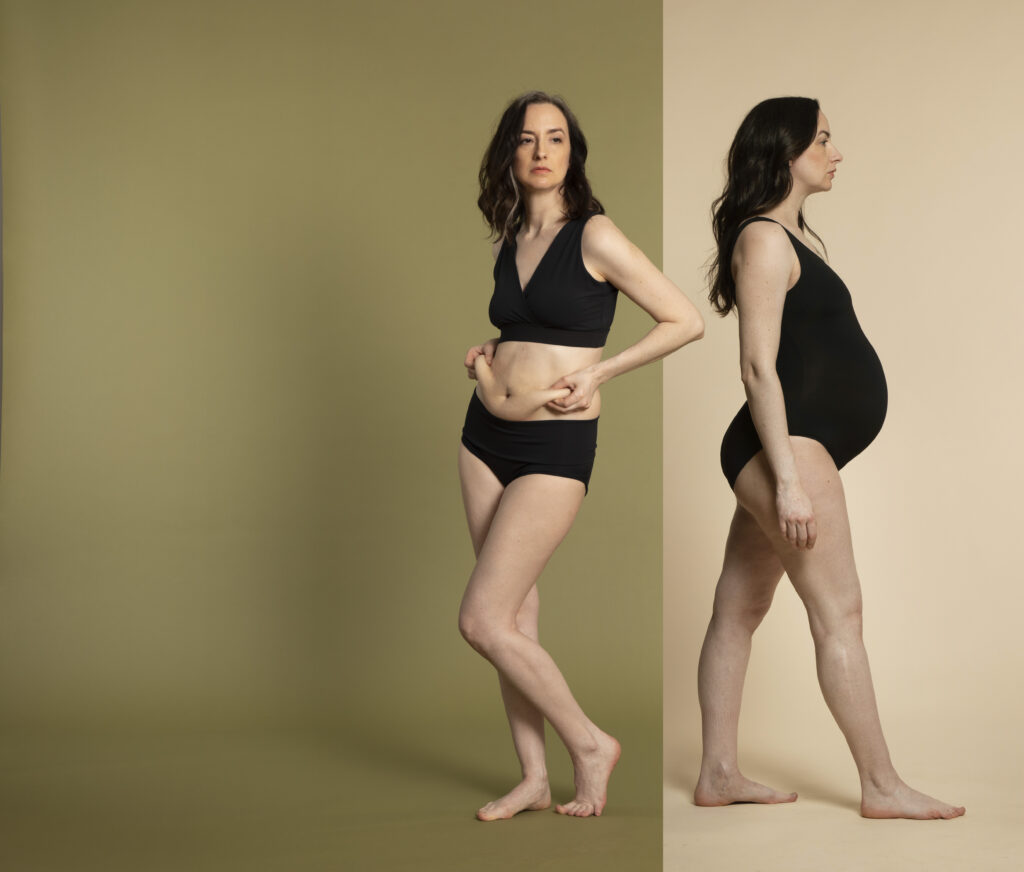 On a macro level, I believe that companies like Nyssa, Dove, Modcloth, and others in the body positivity movement who are using photographs of real bodies going through infertility, pregnancy, postpartum, (and doing average things without being rail thin, under 20 years old, and retouched into poreless, porcelain dolls) is a kind of collective societal art therapy toward acceptance and support.  As a group, we are being exposed to more images that reflect our reality, such as when Chrissy Teigen interrupted her Instagram feed of flawless images of her face on expensive vacations with images depicting pregnancy loss.  Or when comedian Amy Schumer documented her postpartum journey on Instagram completely devoid of filters (Insta or metaphoric).

On a micro level, after using art therapy first privately and then publicly to explore complicated feelings without using words, I can say that the experience has been life changing.  After each photo I took I felt more validated, free, and in control.  And when I made the decision to share the photos, each share was welcomed with more support and love than I could have expected.

What would you use art therapy to explore?

You wouldn’t think of having your headshot taken as art therapy, but maybe it is if you want it to be.  A lot of our clients hate having their photo taken.  After almost two decades as a portrait studio, we’ve learned that seeing yourself in a photo can be traumatic if you have a preconceived notion of what you “should” look like, and it isn’t achieved. 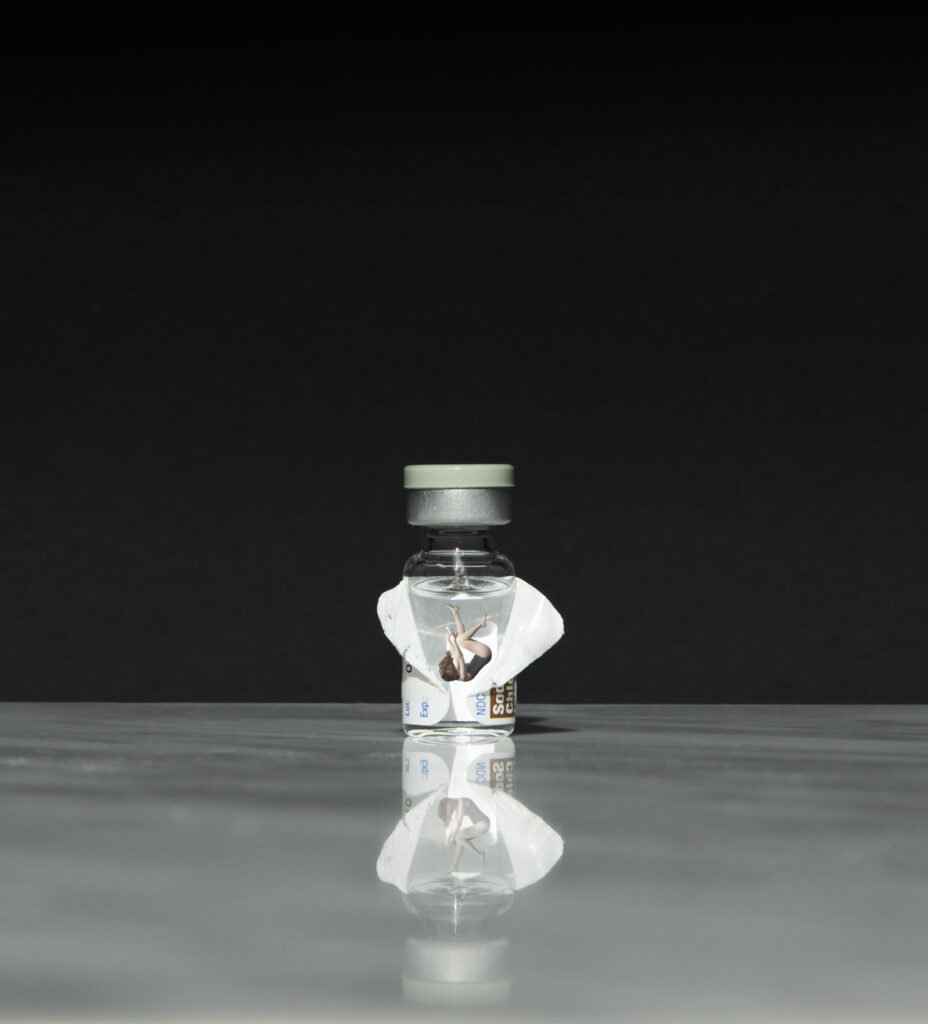 Did you have a cringe reaction the last time you looked at a photo of yourself?  Try this… the next time you are about to look at a photo that was just taken of you, try to actively not predict what it will look like.  Identify and destroy any expectations you have for how this photo should look.  In fact…. Take a selfie of yourself right now without looking at the screen while taking it—just point and shoot.  Then decide that you’re going to accept what this photo looks like and love it no matter what.  Now look at the photo.  How do you feel?  Not so cringey?