I just took photos for a professional named Charlie, who had a specific request: “I want a headshot that looks… natural. I can’t explain what I’m looking for. It’s just got to have this kind of in-the-moment realness or something– you can see it in some peoples’ headshots, but others look so forced.”

I actually knew exactly what he was talking about. Most of us suffer from “oh crap, there’s a camera” syndrome, where we clam up a bit when we see a camera. I understand it because I have it too. Every time I see someone pointing a camera at me there’s a split second where every bad photo I’ve ever seen of myself flashes before my eyes like some kind of near-death experience. Then I feel a sense of responsibility or obligation to make this next photo look great- the smile needs to be perfect and the camera cannot pick up that weird angle in my nose, that ear that sticks out too far, the hair that sticks straight up in the air…

“Oh crap, there’s a camera” syndrome is bad enough when someone’s snapping your photo at a birthday party or while out at the bar. But boy oh boy, the symptoms sure intensify to unbearable levels when you’re actually scheduling a time to go somewhere with the specific purpose of having your photo taken- like a headsh 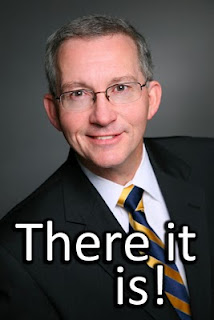 And Charlie was no exception. He knew he was one of the many sufferers of this condition and expressed deep concern that I wouldn’t be able to capture a natural-looking photo of him. Just like with everyone who comes to me for headshots, I assured him that we will keep taking photos until we get that “aha! There’s the photo!” headshot.

To get past “oh crap, there’s a camera” syndrome in my clients I try a variety of methods, since it can take a little while to see what works for each person. For some people, it’s the camera itself that triggers the symptoms. If I’m chatting away with the camera at my hip, they listen intently and make very natural smiles that would look perfect in a photo… but the second the camera is near my face in shooting position, with the monstrous lens aiming at them like a missile silo, they clam up and return to that ever-so-practiced-in-front-of the mirror “CHEEEESE” smile. I try to take breaks from the shutter button and tell funny stories, but with the camera still near my face so they get used to the lens and it seems less frightening when it’s pointed at them, as one of many remedies for the syndrome.

In the beginning of Charlie’s session, a lot of the photos were warm-up shots and not what he was looking for at all. But after chatting together for a while it was easier for him to get comfortable with the pressure of having to summon a natural smile in a very unnatural and staged situation. And suddenly, there it was! The natural smile he was looking for and a great headshot. And then another. And another. Then he had a new problem: too many good photos of himself to choose from. But I think that’s a good problem to have.