« Photos in a hospital, part 2 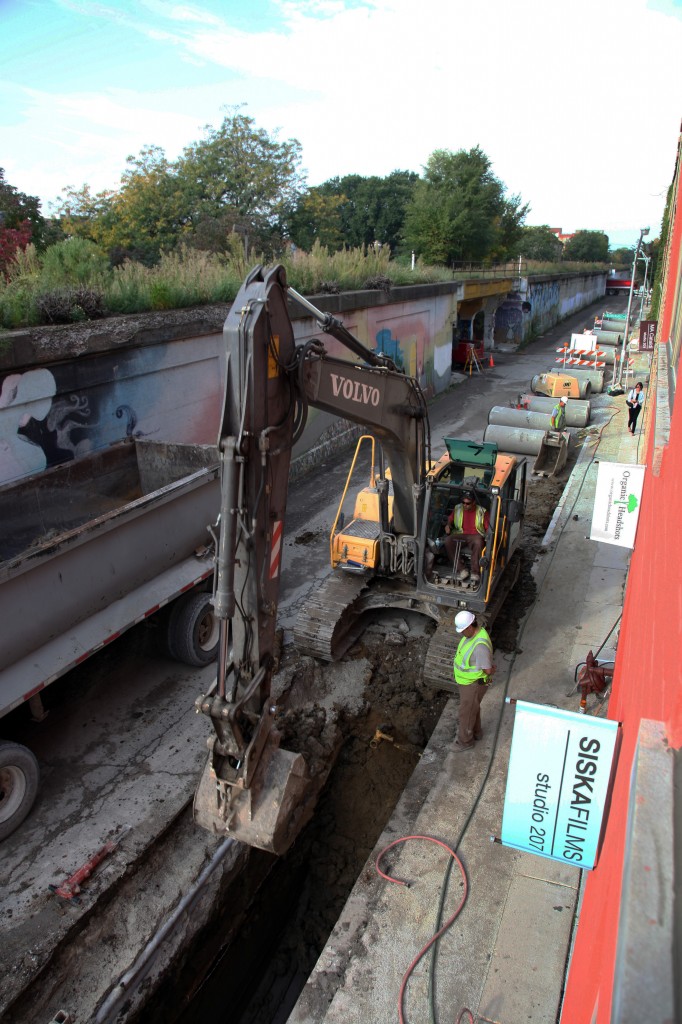 If you’re headed to the studio anytime soon, give yourself a little extra time to get stuck in traffic and look for parking.  This was the view from the front of the building today- some street crews have been ripping up my street for what looks to my untrained eyes like a sewer line replacement.  There is also a gaping hole at the corner of Western and Bloomingdale that appears to be Chicago’s latest effort at building an underground high-speed rail network to and from Shanghai.

Bloomingdale Ave. is currently blocked off to traffic- so there is no parking or even driving on the street at all.  As well as Moffat, one block directly north of Bloomingdale.

After this sewer project concludes, work on the 606/Bloomingdale Trail is likely to come to the area.  I am RIDICULOUSLY EXCITED about the Bloomingdale Trail- a major multi-million-dollar project that will turn the defunct rail line along Bloomingdale Ave. into an amazing biking and walking trail several miles long.  But the trade-off is that about a year of construction begins now.

We’ve been told that Bloomingdale Ave. will most likely close in sections for varying lengths of time throughout the duration of the project- until Fall of 2014.

So if you’re headed to Organic Headshots for a session, give me a call or email ahead of time and I’ll let you know what the street situation currently is.  There are plenty of streets around Bloomingdale with free parking (including but not limited to the ones I marked in green below), and there’s metered parking on Western and Armitage. 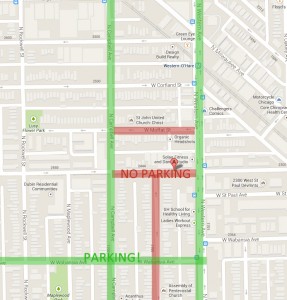