The Organic Headshots crew set up shop in a law firm’s office in the Willis Tower for a few days last week for what we endearingly and unofficially call the “Mobile Headshot Unit.”  (Mainly because it makes us sound like Navy Seals which is pretty rad.)  When we’re not taking awesome headshots in our awesome studio, we’re setting up our gear in conference rooms across the Chicago Loop to photograph large groups in lightning speed.

Last week we set up some timelapse cameras during our shoots to capture our system in action.  Each person checks in for their headshot and is quickly powdered for shine and checks themselves out in a mirror to fix their hair, has their photo taken, then chooses their photo right after taking it.  This particular law firm is very large, so it was incredibly helpful for them to allow their staff to choose their favorite photo right after taking them.  That way their marketing department doesn’t have to choose for them or chase down over 200 people for their photo selections later.  And!  If they happen not to like any of their photos, we retake them right then and there!  Boom.

And then since there was a little down time and we were in the Willis Tower… we just HAD to reenact a scene from Ferris Bueller’s Day Off. 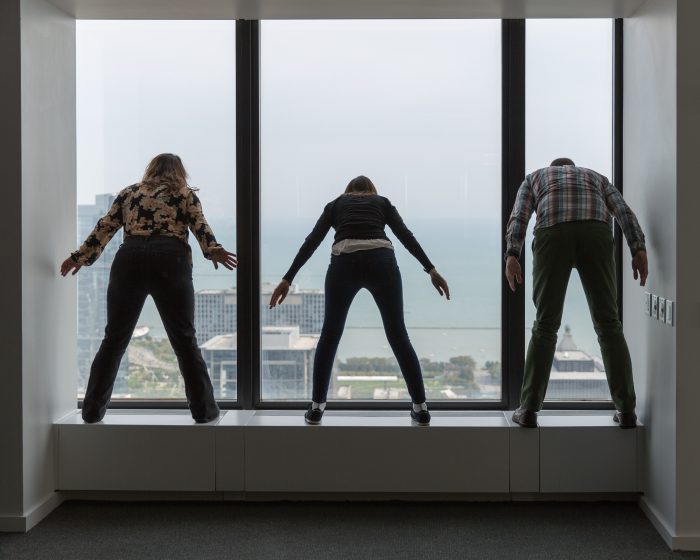 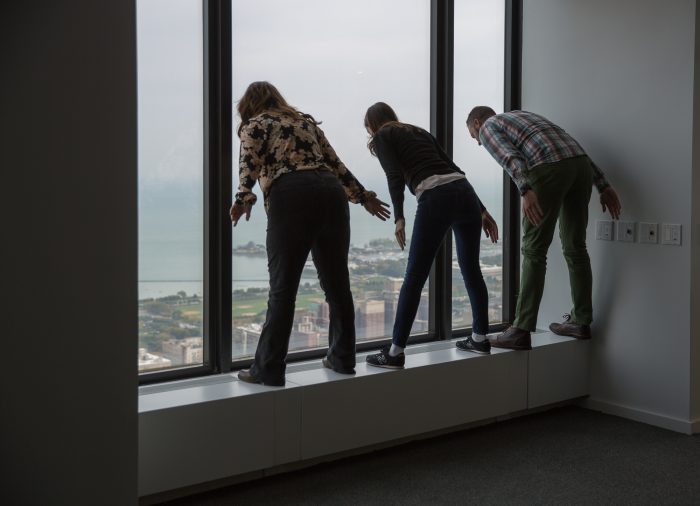 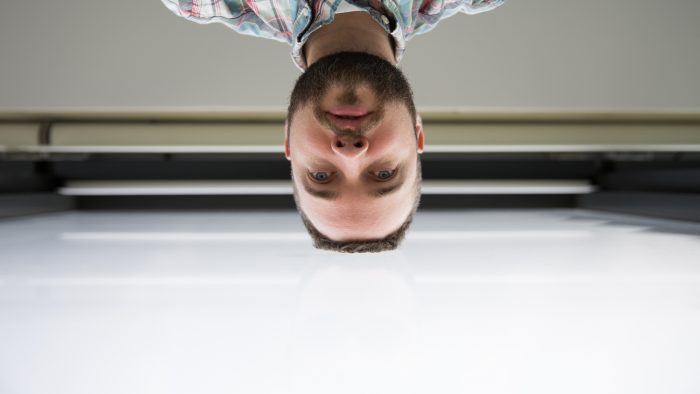