Unnecessary snapshots from my vacation

I’m back in the studio after a much-needed vacation!  And while I dig myself out of a mountain of emails, I figured I would share an unnecessarily thorough account of my trip through a slide-show-like blog post…

I want to mention that I have about a dozen cameras.  I touch cameras every day.  So in an effort to have a mostly camera-free trip, I chose to only take the below point-and-shoot camera- a Canon S95.  All the photos below were taken with this camera: 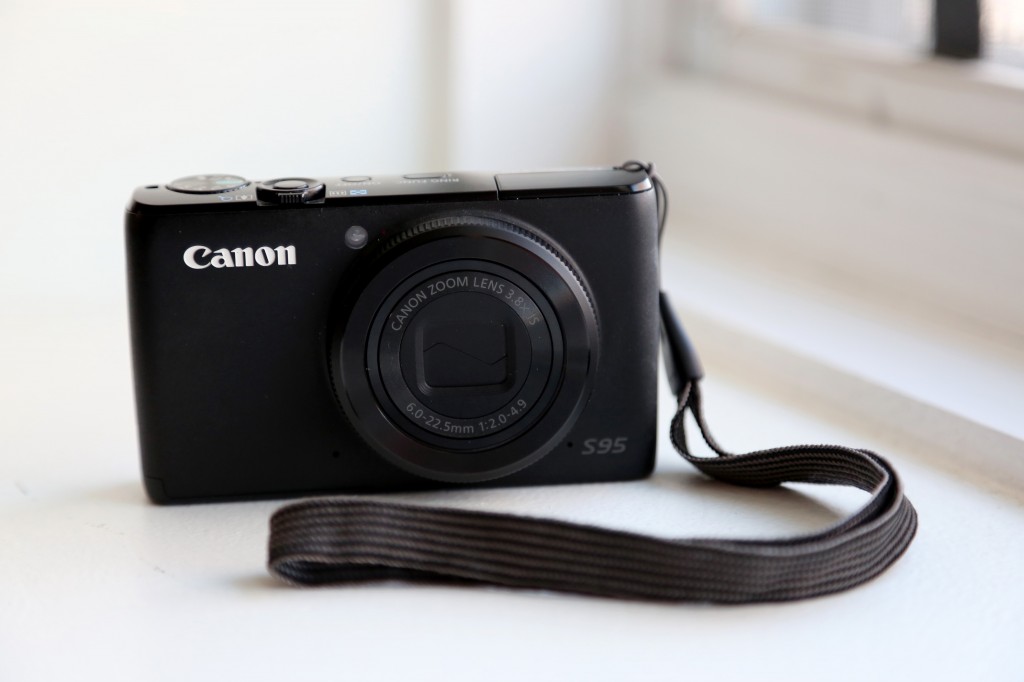 First, an obligatory selfie of the vacationers.  Hi! 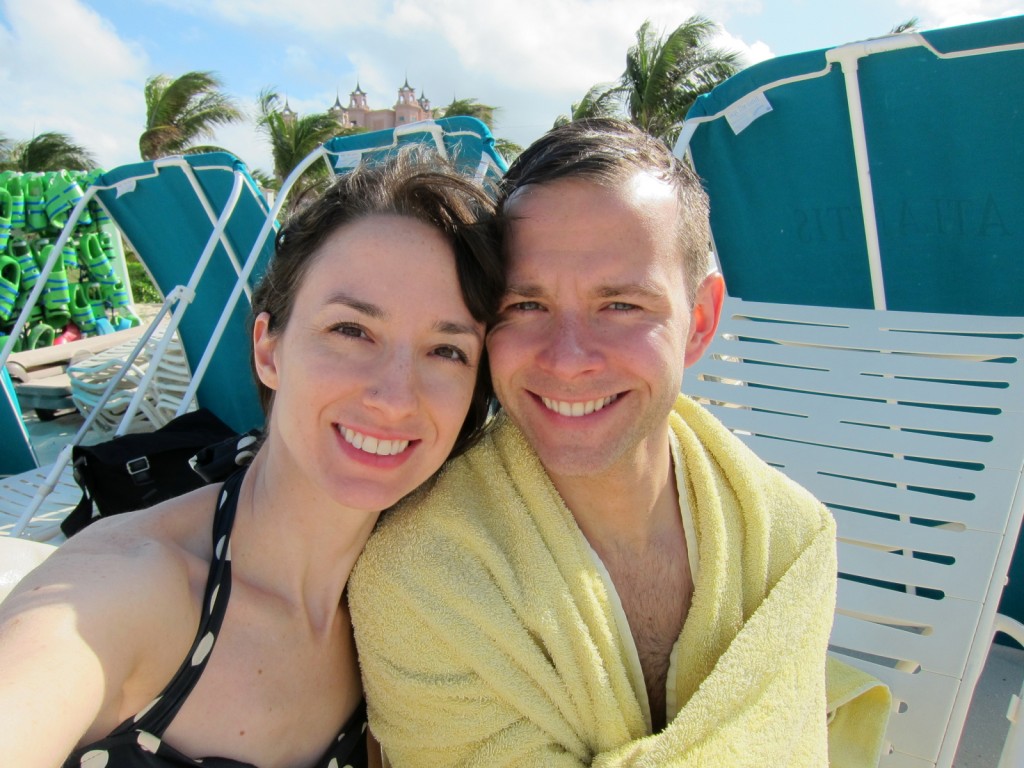 And our feet in the sand. 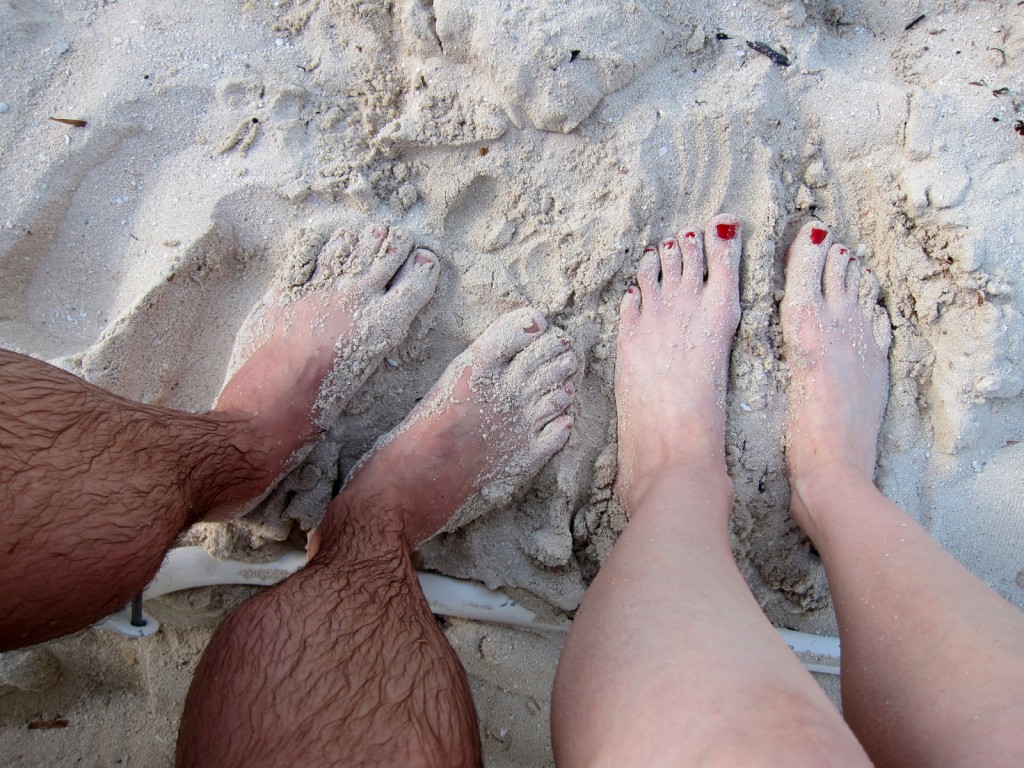 And how much a bottle of water costs where we went.  Ouch. 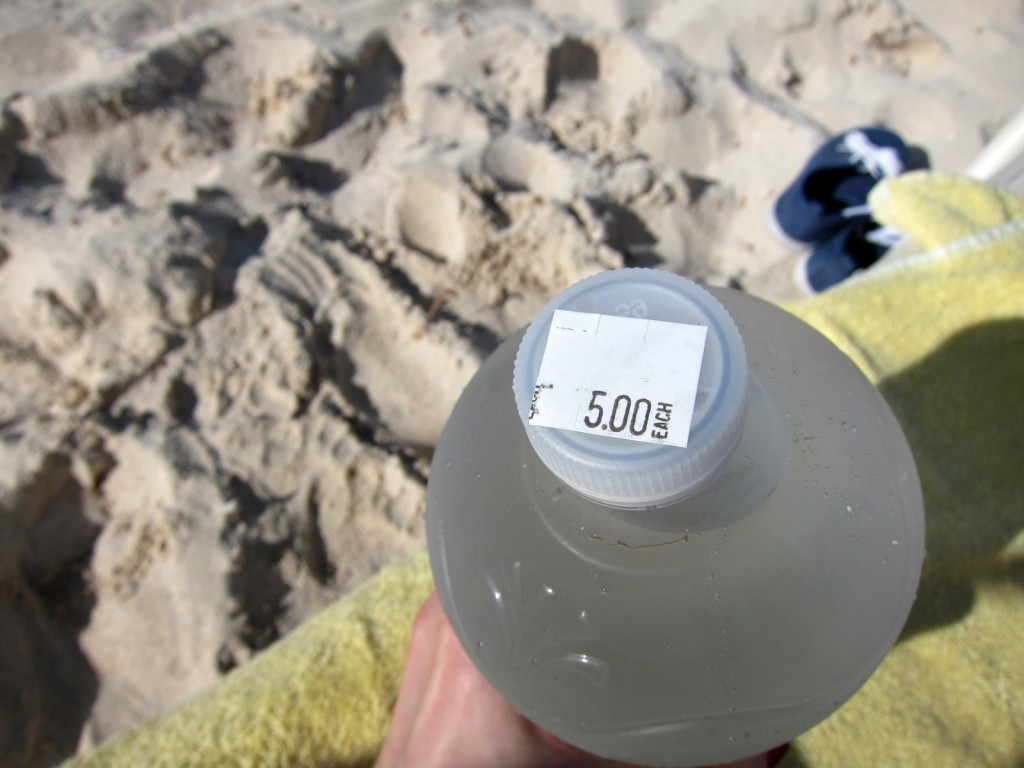 And this guy, who is incredibly relaxed: 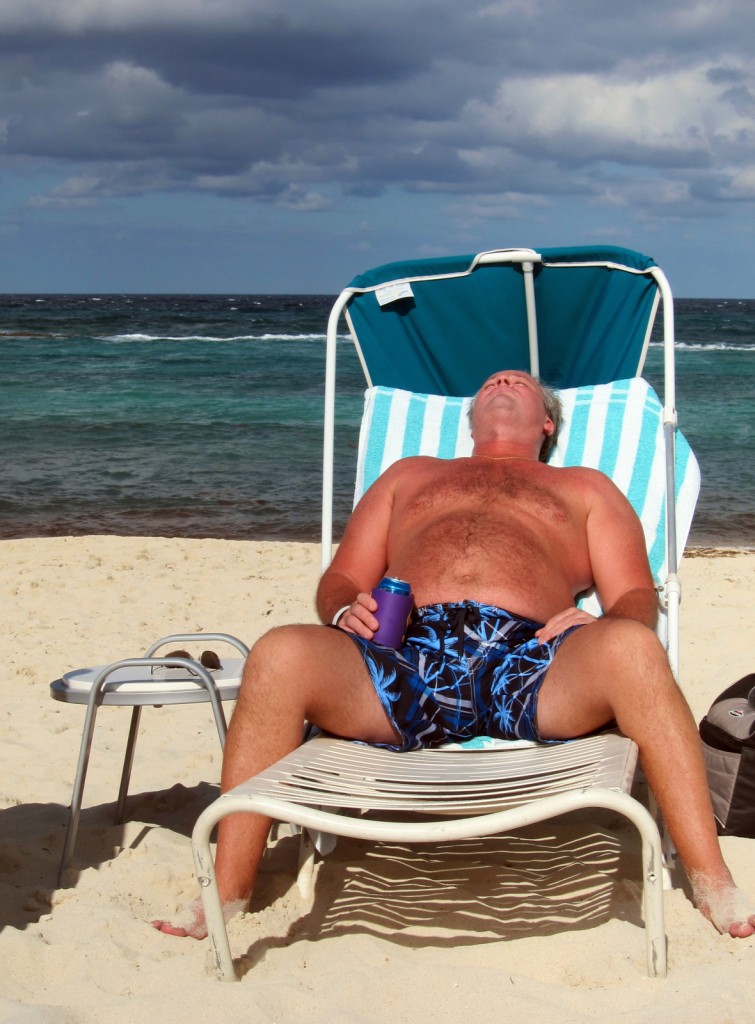 Our first expedition was to find lunch.  Which we did easily.  This was lunch: 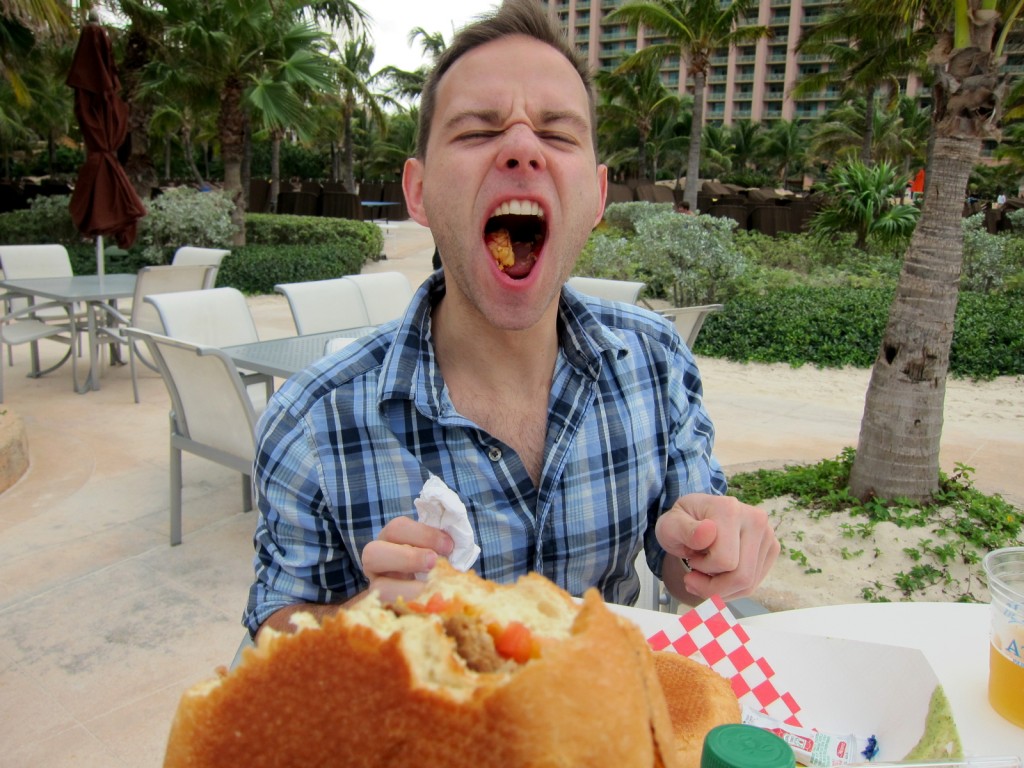 While we ate lunch we were visited by some friendly island kitties, who dropped by to say hello and watch us eat.

The kitties appear to have made the beach their sandbox and actual trees into cat trees for climbing. 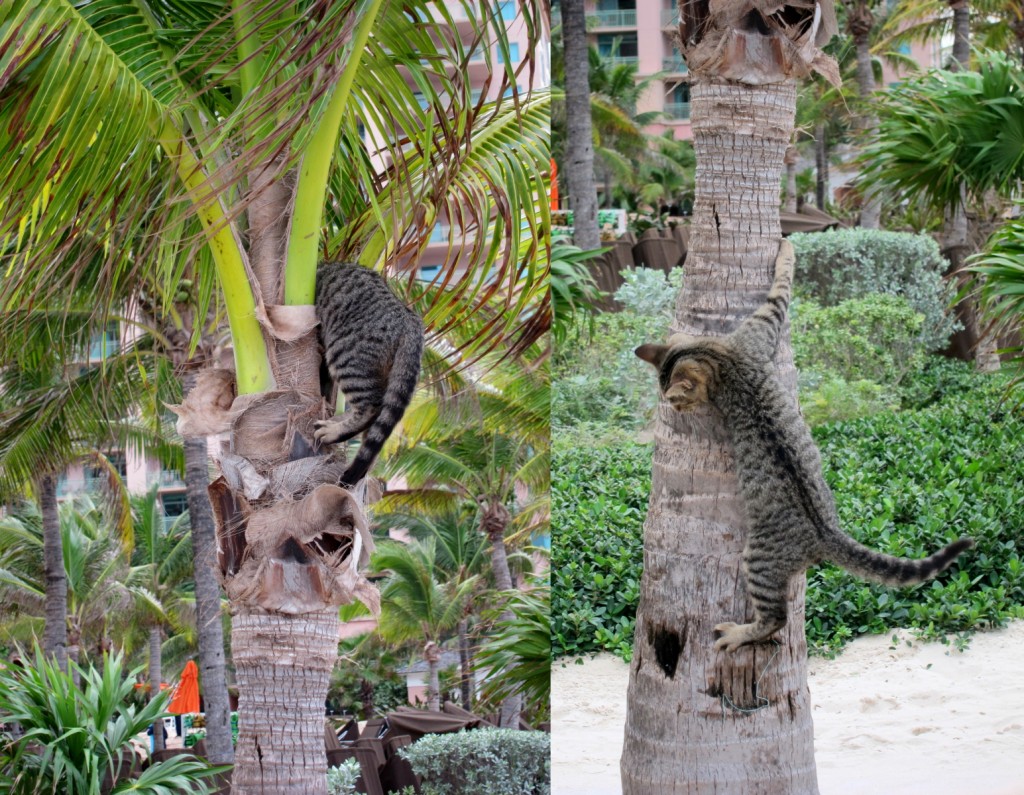 In an effort to learn more about them we found their den in the wild- an unassuming bush.  Upon further inspection of the bush, we were accosted by what appeared to be a guardian kitty.  He screamed at us in his native tongue.  A translator discerned it to mean, “get out of my bush!” 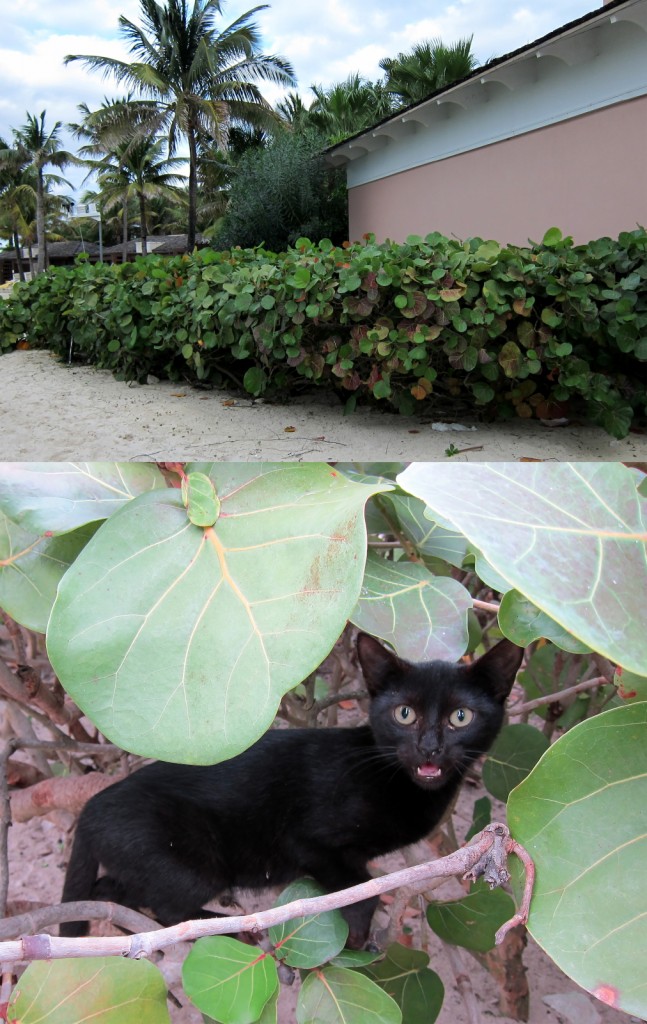 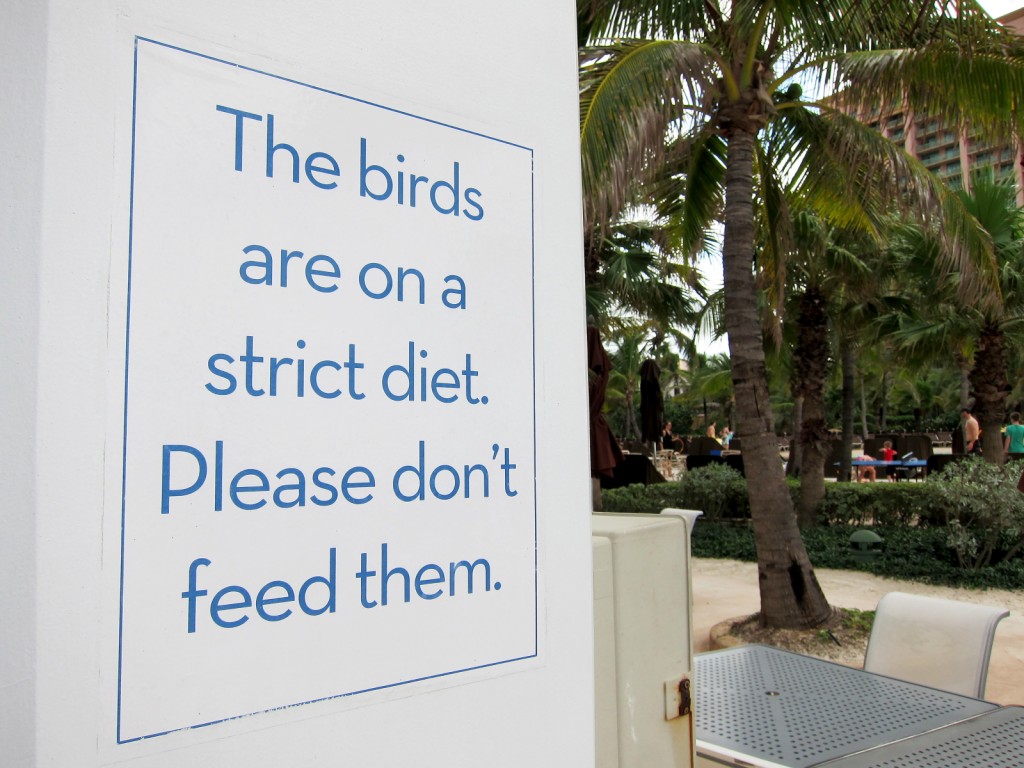 Since it did not prohibit feeding wild kitties we attempted to share our lunch with one of the kitties.  Apparently feral island kitties are very similar to domesticated house kitties.  This one was not impressed with our food offering.  He frowned visibly and walked away. On our next expedition, we broke the law and wandered past this sign. 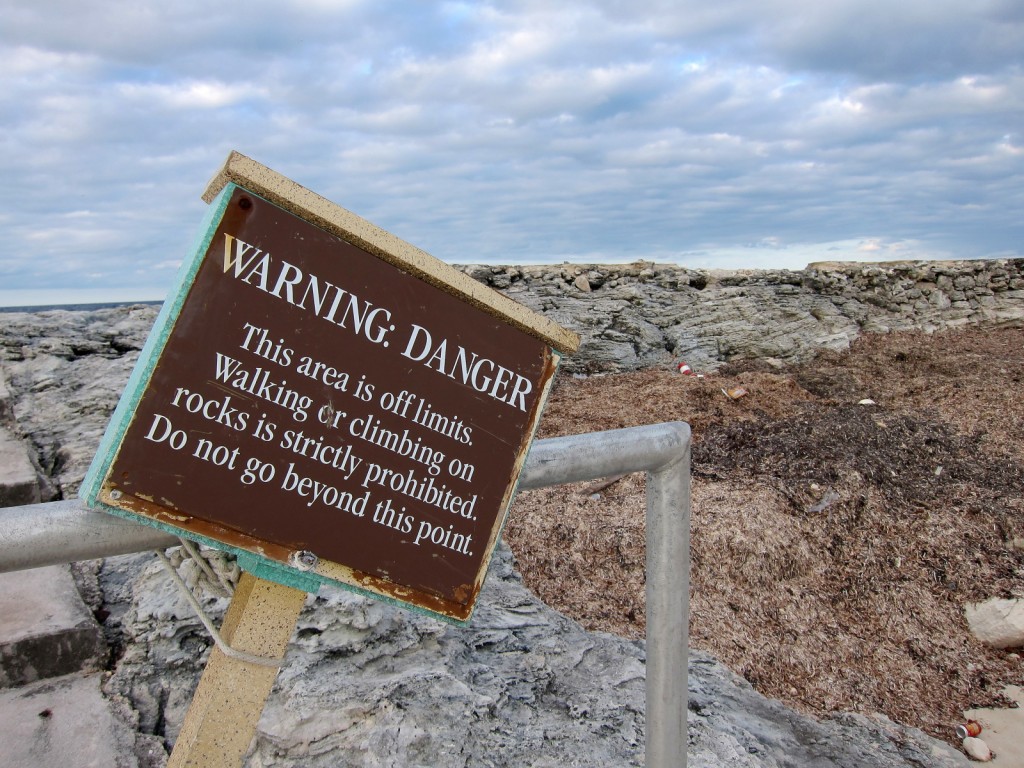 We saw waves crashing against the rocks. 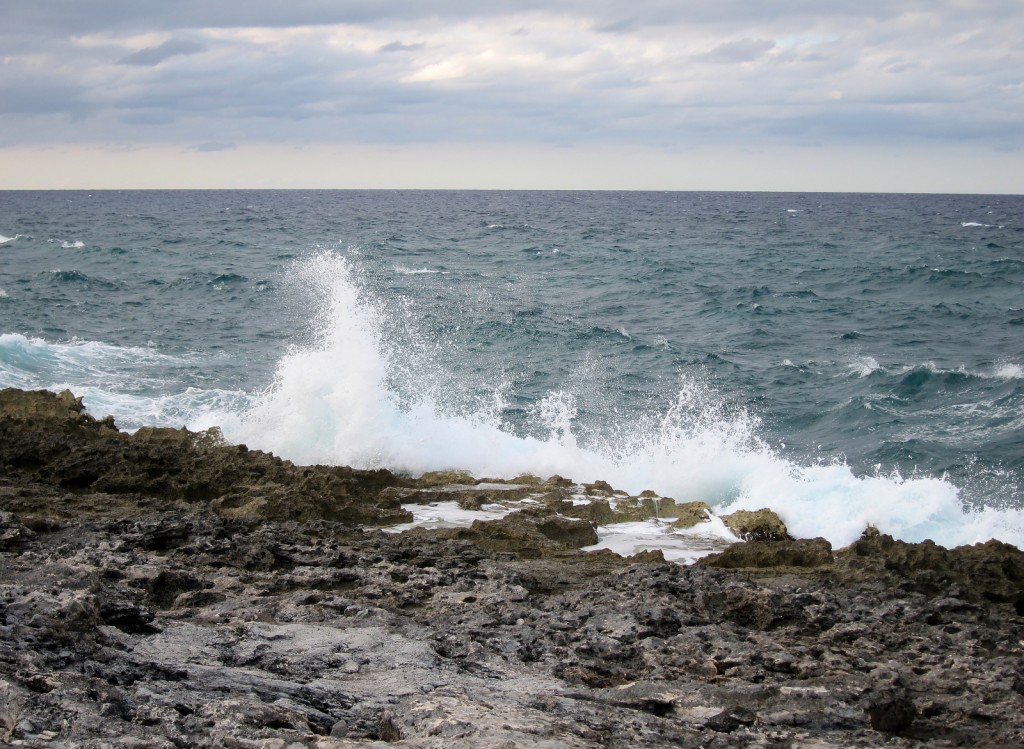 And we made a tiny hermit crab friend.  His name is Frank. 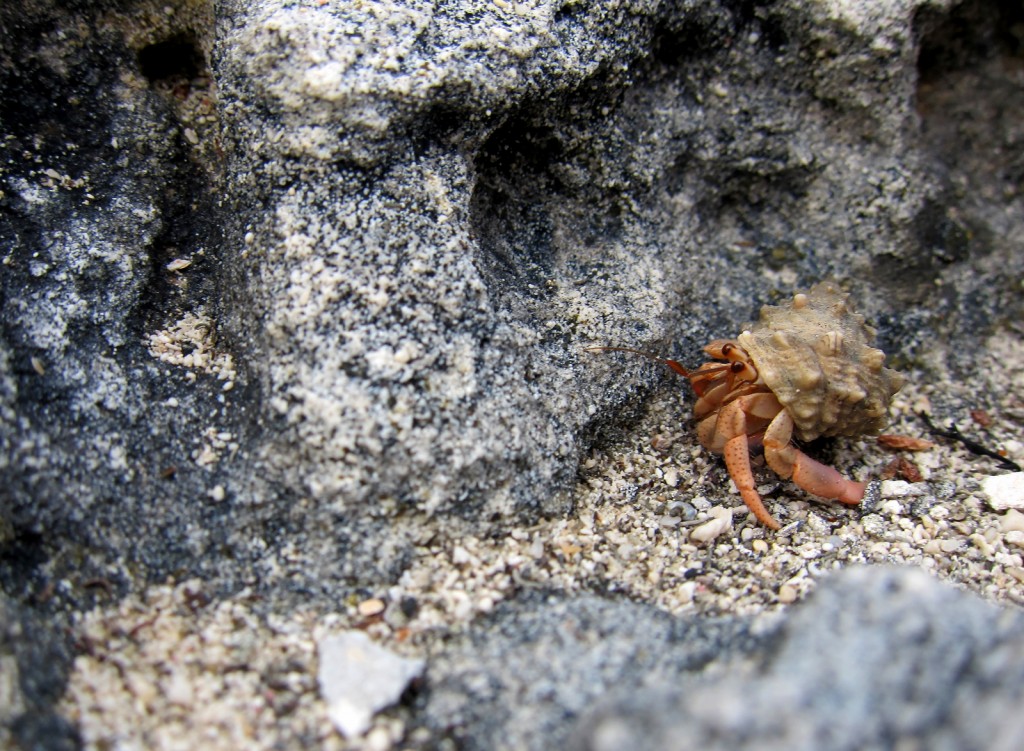 We also found hundreds of these shell things that were suckered to the rocks with some kind of goo.  Samples will be sent to the lab for analysis later. 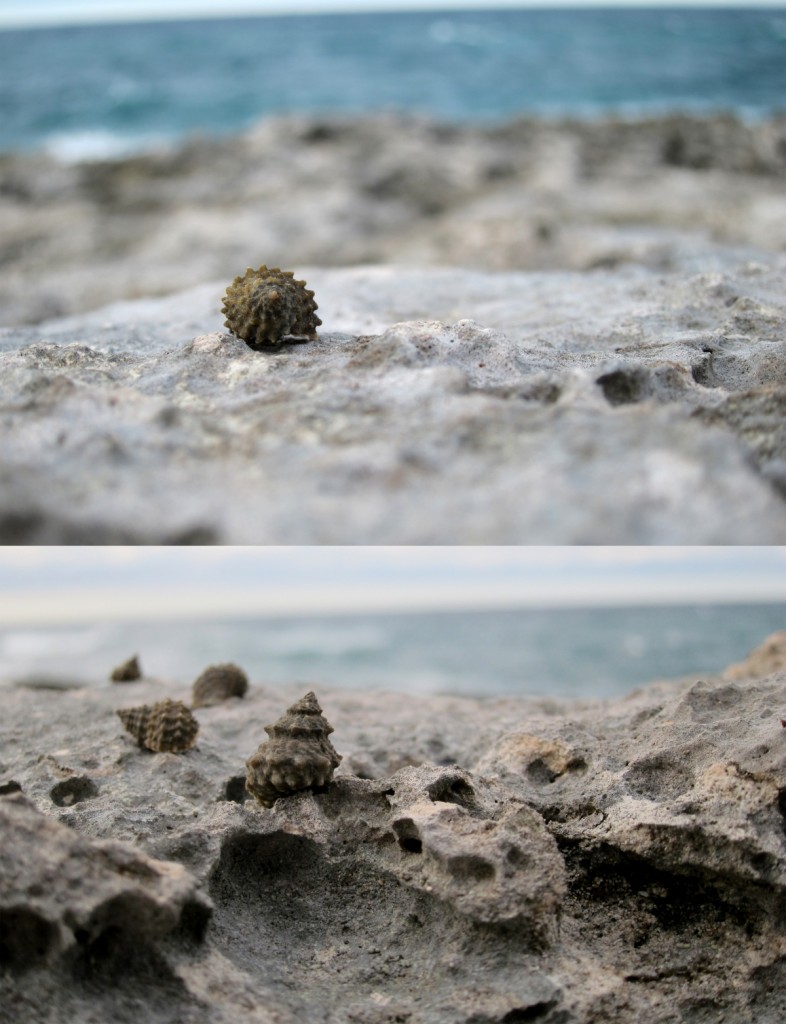 This is a lost sea sponge.  I also took a very nice, long, soapy shower later that day.  Those are two completely unrelated facts. 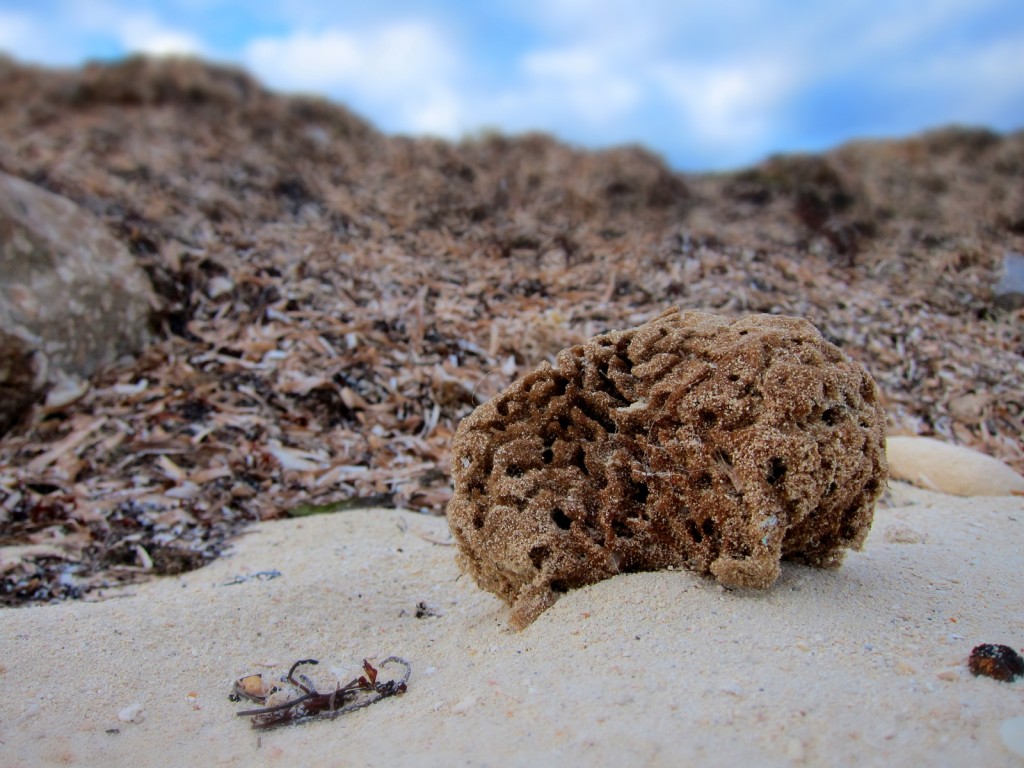 Joel took a photo of this dead sea creature. 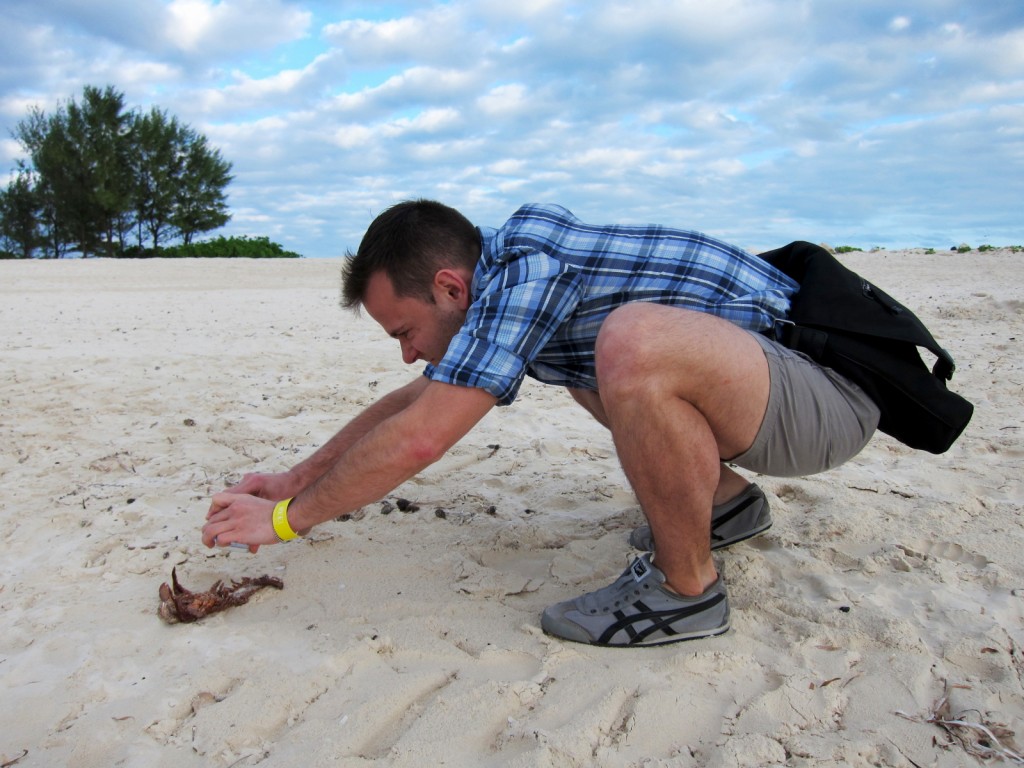 While I took a photo of this living sea creature. 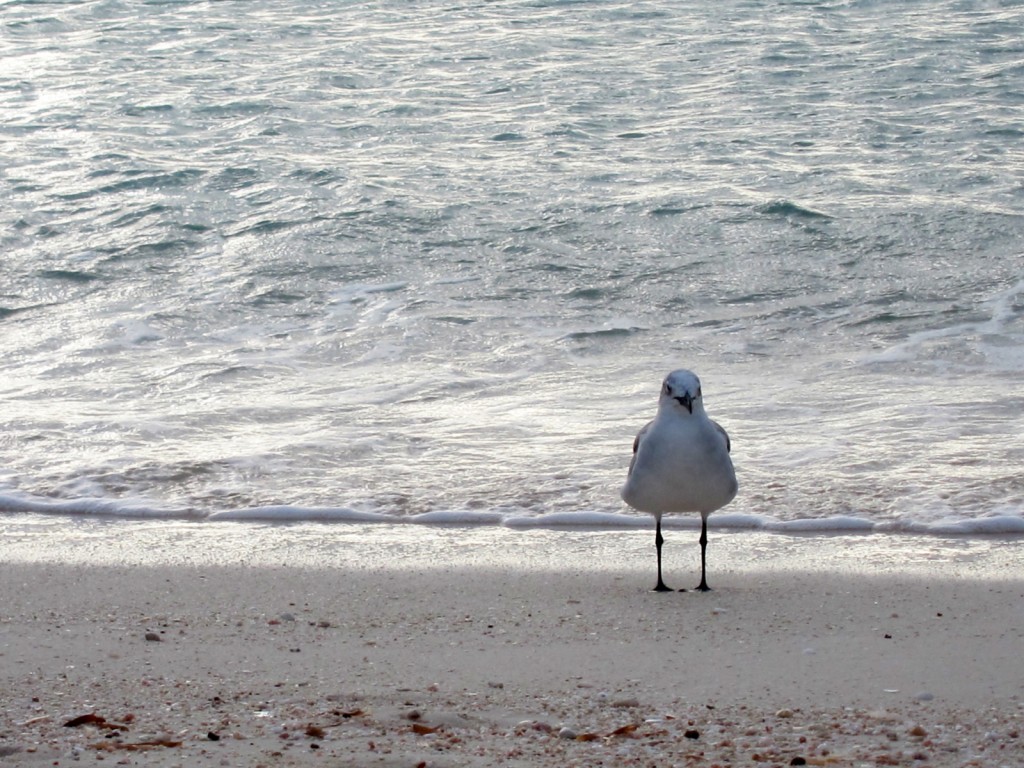 Then we sat around the beach and stared at the water. 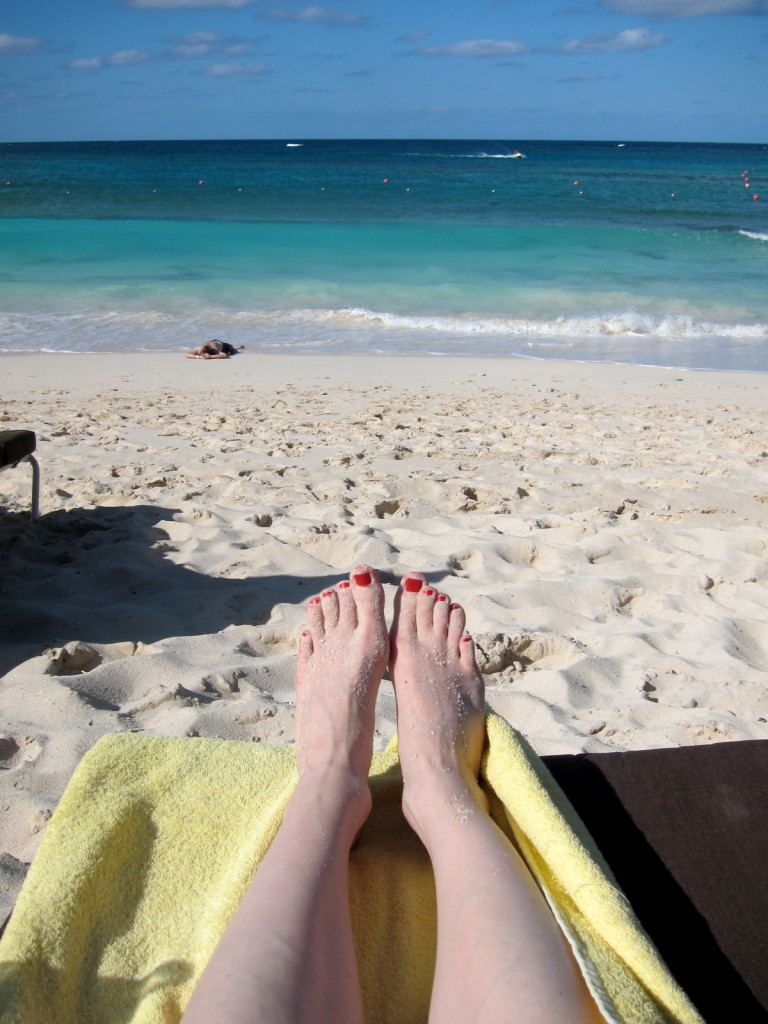 When we moved to a pool, we were revisited by one of our feral island kitty friends. 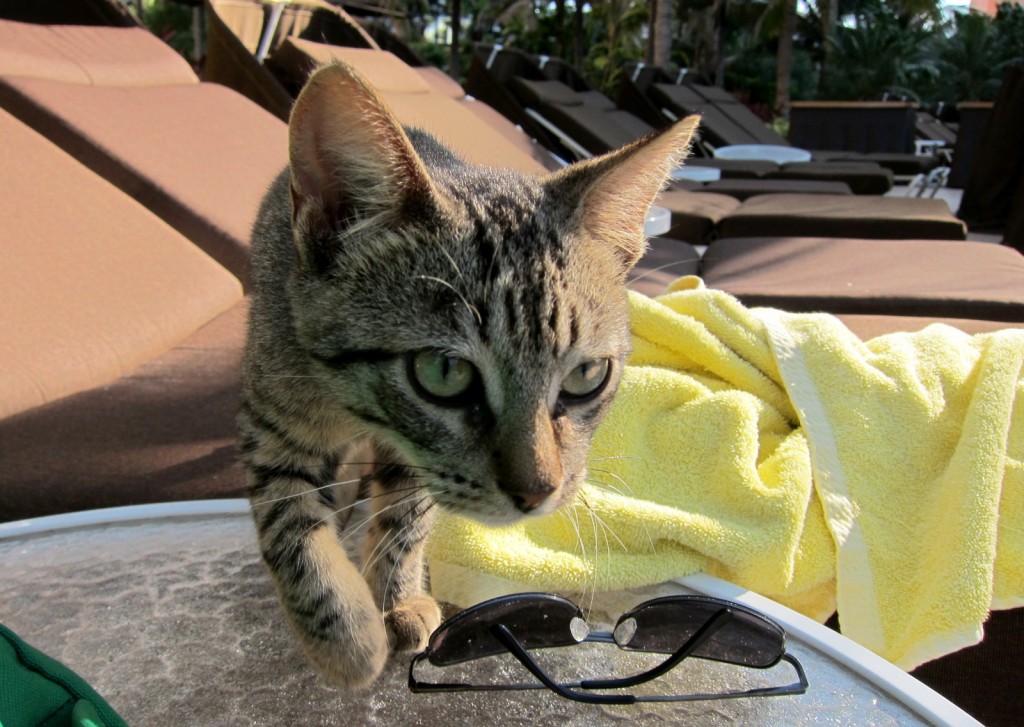 Who fell asleep on me. 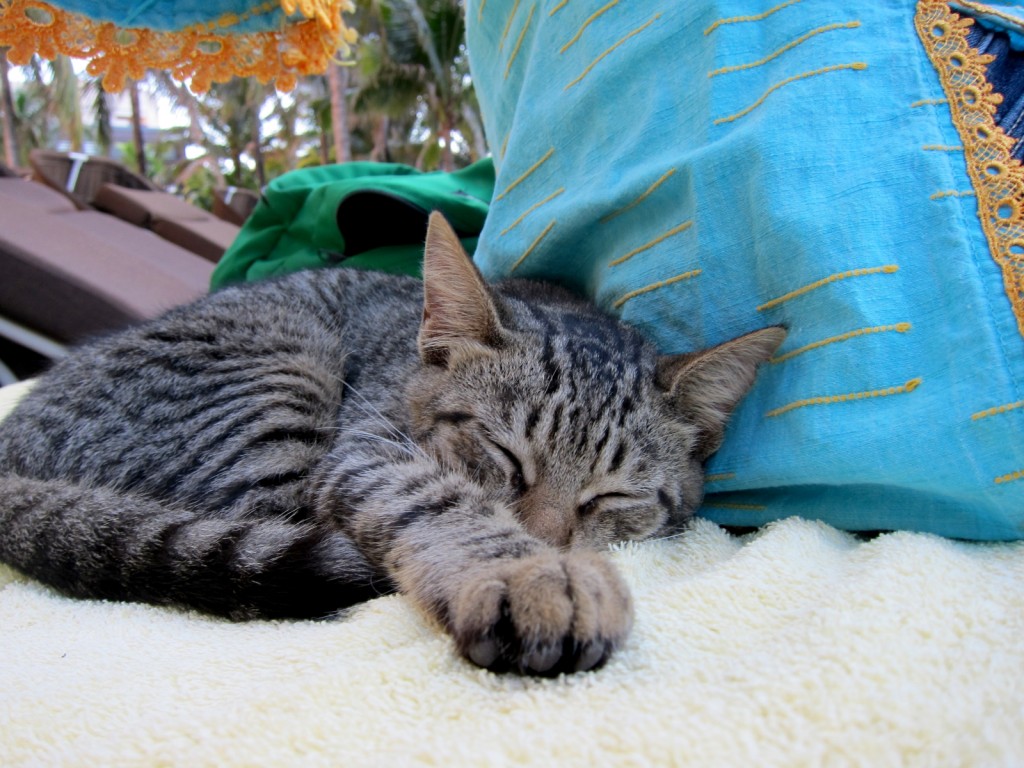 And had a long conversation with Joel about the inequities of class structure in modern American life. 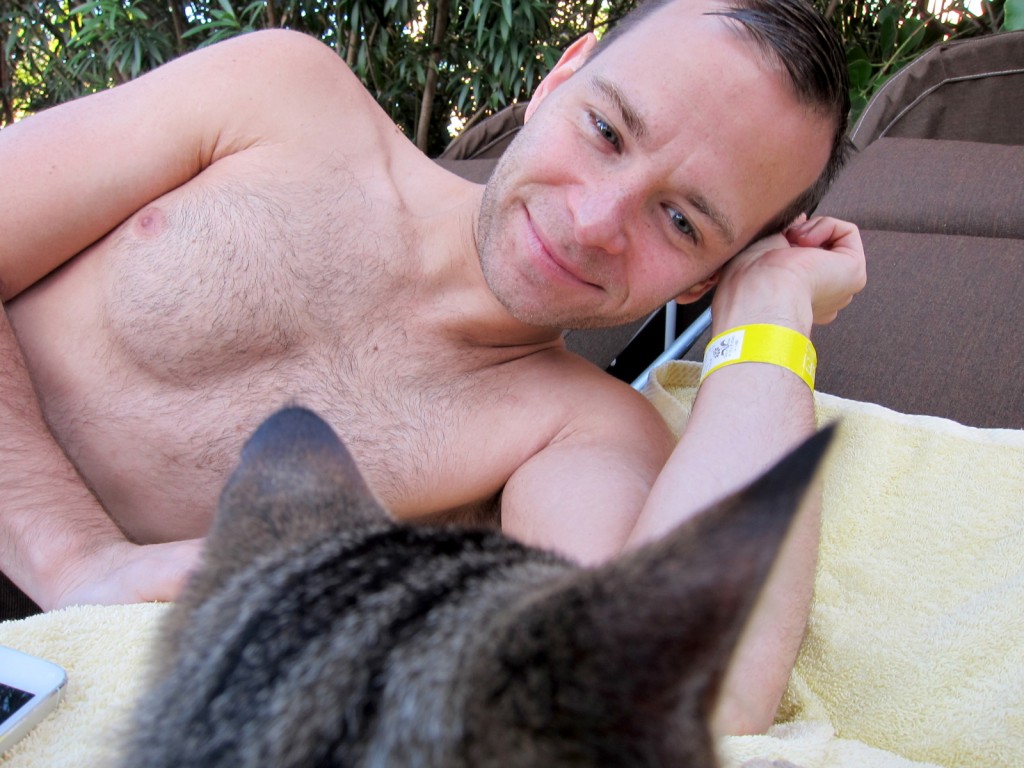 It made us miss our David Bowie the Dog.  We checked in on him through the webcam in his boarding facility.  He was looking out the window for us, in an effort to make us feel guilty.  It worked. 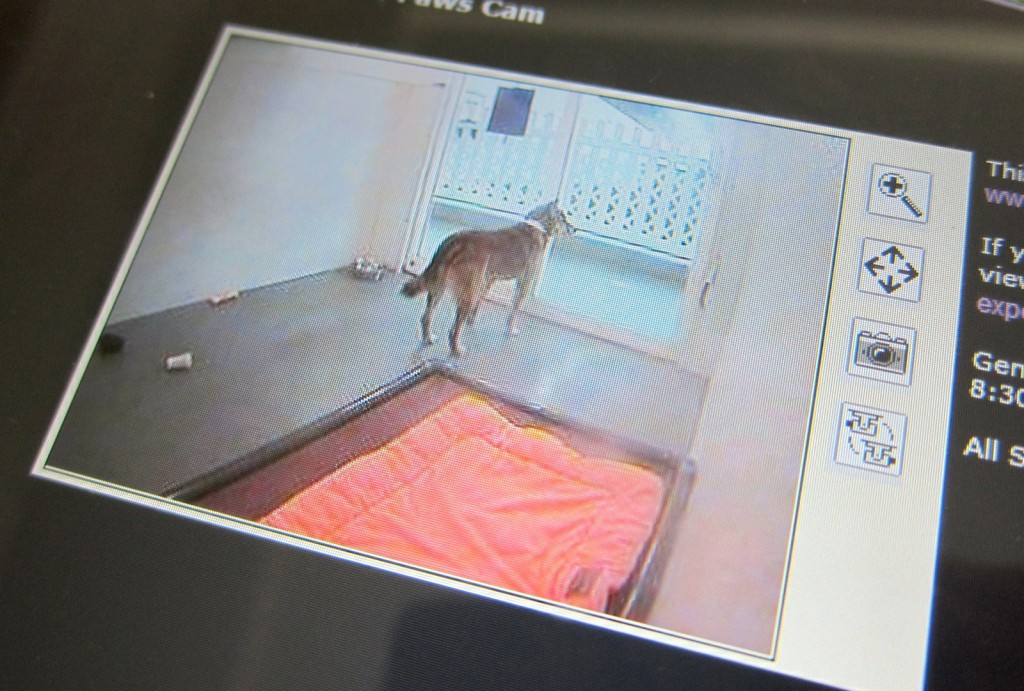 To cheer ourselves up, we watched a sunset. 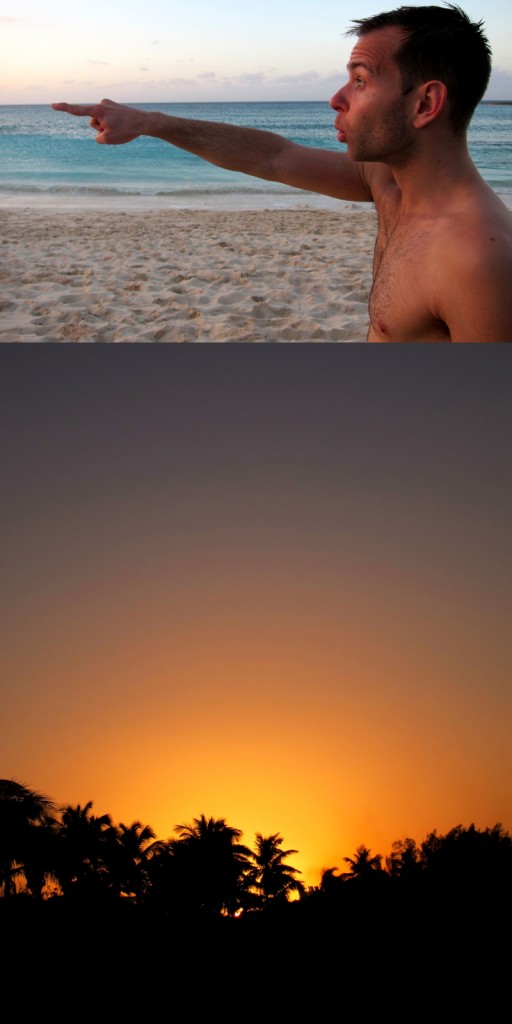 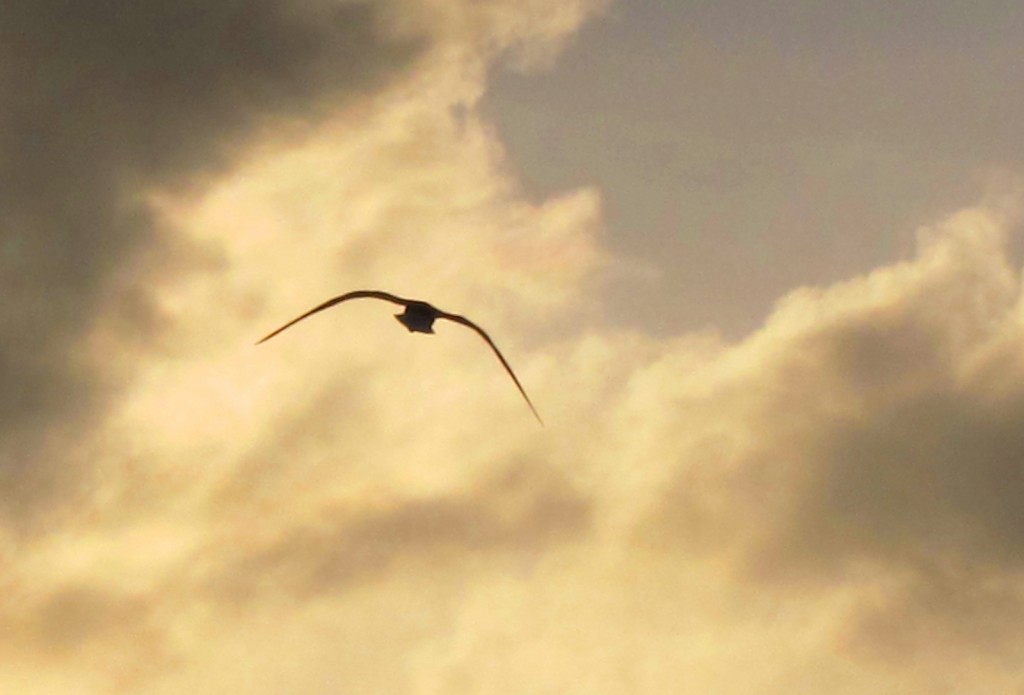 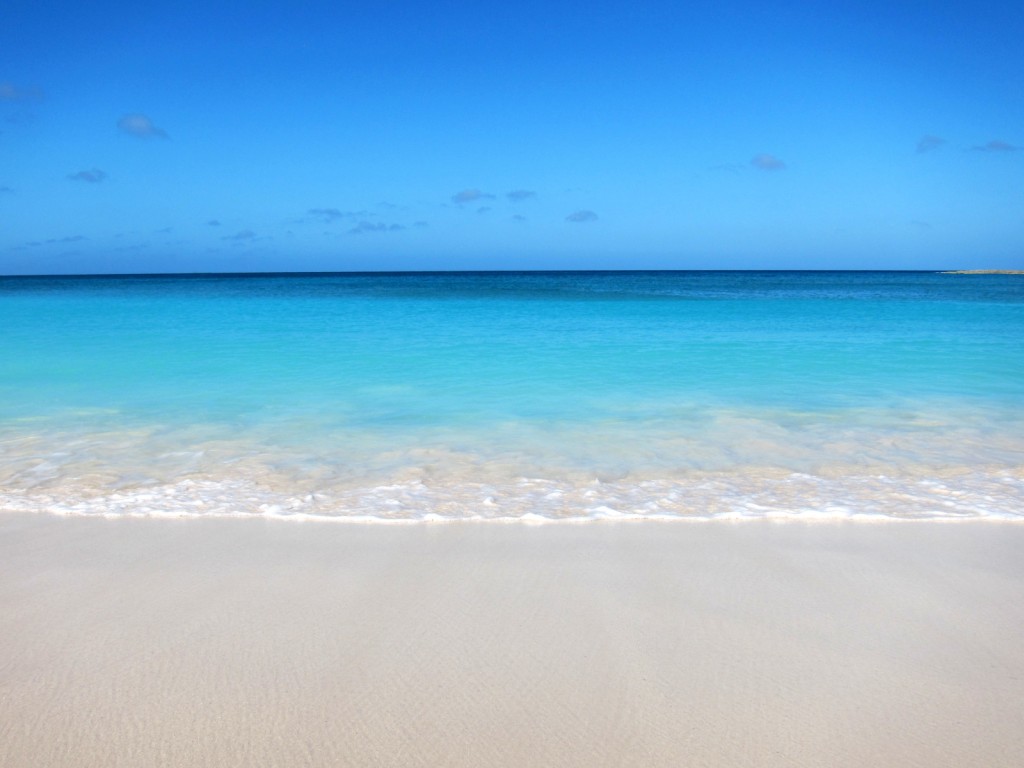 This was my favorite view: 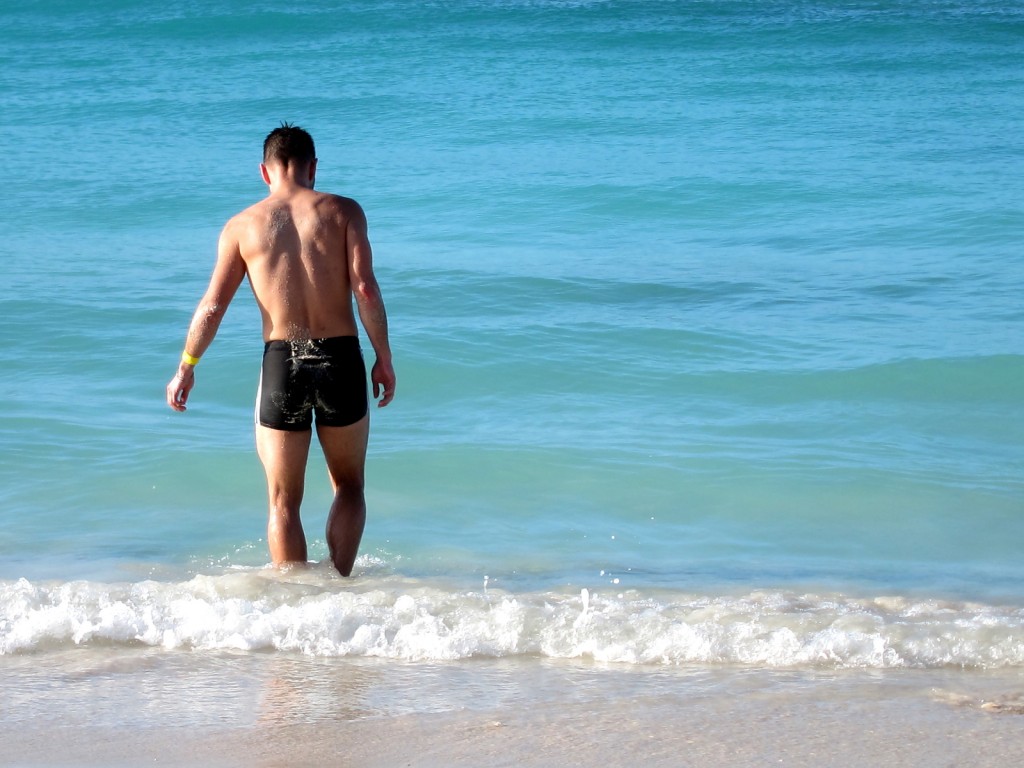