I think a lot of people who choose me for their headshots do so because I actually give them their photos when we’re done taking them. Strangely, this is kind of a revolutionary idea for photographers: that the person hiring you to take their photo should be allowed to have, keep, and use that photo however they wish. I’ve gotten a lot of phone calls from very wary headshot shoppers who choose me over another photographer because the other photographer wanted them to sign away the rights to their own photo for a certain number of years. 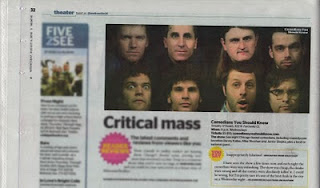 That just seems rude to me. “Alright sir; we just spent an hour taking photos of you and you have paid me a ridiculous amount of money. What? You want copies of all the photos we took today so you can put them on the internet, print them, and use them for stuff? HA HA HA!”

Most people come to me for headshots not because they weren’t doing anything better that day and thought it would be fun to have their photo taken… but because something is going on in their life that they need to have their photo taken- a bio page for their website, a job search on LinkedIn, a program photo for a conference, etc… So they already have a use for the photo in mind, and it would be insulting for me to say something like, “well here are some low-resolution images with my watermark on them that you can’t print or use for anything… if you want to use them, I own the copyright and you have to pay me extra for a high-enough resolution copy of it without a watermark.”

Now I understand why most photographers want to retain the rights to their photos- even utilitarian photography like headshots is still an art form and a learned craft. And frankly, if you’ve ever seen a photograph you’ve taken appear in a newspaper or on a billboard without credit given to you as the creator of that photo… it feels a little like your boyfriend just cheated on you or something. See the above photo of “Comedians You Should Know:” a comedy troupe I took photos for, as an example. 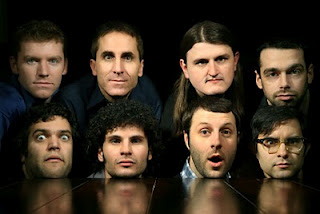 But from the client’s perspective- this comedy troupe had me take their photos BECAUSE they needed something to give to newspapers and booking agents, and should be able to submit photos of themselves to these places without worrying about an angry photographer beating down their door later. The job of promoting yourself is difficult enough as it is.

So use your photos, I say! You have the right. Viva La Revolucion!